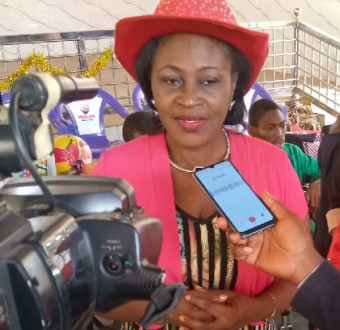 The Edo State Government has announced its plans to set up a committee that will thoroughly scrutinize and audit orphanage homes within the state. The government threatened to close down and prosecute orphanage homes being run as businesses instead of charities like they ought to.

The Commissioner for Social Development and Gender Issues, Maria Edeko, who disclosed this to journalists in Benin City, on Monday, said the committee will formulate holistic policies on the management of orphanage homes and adoption, in line with the state’s child rights law.

“Orphanages are charity homes set up to cater for children without parents, those beyond parental care and other vulnerable persons, whose parents may be alive but are unable to cater for them, but today our people have a misconception about these homes and see them as business ventures,” she said.

“They build orphanage homes with the intention to make a profit, rather than for charitable purposes. Some even add a maternity side by side with the orphanage homes where they deliver people of babies and turn the place into a baby factory; they bring underage children to such homes to make babies and sell same, or traffic these children, as far as outside Nigeria, despite the restriction on international adoption.”

Edeko continued: “Orphans are vulnerable persons; they are subject to all forms of exploitation; they are vulnerable to being trafficked, abused and sold. You will understand that the issue of human trafficking has been a very strong challenge globally and at the state level, Governor Godwin Obaseki has made serious efforts to stamp out human trafficking in Edo State.

“As the ministry with the responsibility to investigate any adoption process, in line with the Making Edo Great Again (MEGA) Agenda, we are committed to sanitizing the system and will be setting up a committee to audit orphanage homes in Edo State and come up with holistic policies on adoption and management of orphanage homes, in line with the child rights law. This is topmost on our agenda for the new year.”

She further stated: “The government of Governor Obaseki is talking about institutional reforms and sectoral reforms. It then means we must reform every department that is within the purview of this ministry. So, we have continued to train and retrain the proprietors and proprietresses of these orphanage homes, and looking at these children today, I can see they are very beautiful; they are doing things that normal children will do.”

“We are going to do an audit and remove all those that came into this as a business. It is a charity and if you do not have the heart to do charity, you cannot be in the issue of managing orphanage homes. If you are here for the wrong reason, better take your leave. It is not going to work and we will put many of them behind bars and we will close the orphanages that are for business.”

“Only those that are for true charity will be allowed to function, as there are standards for running orphanage homes in Edo State,” the commissioner noted.