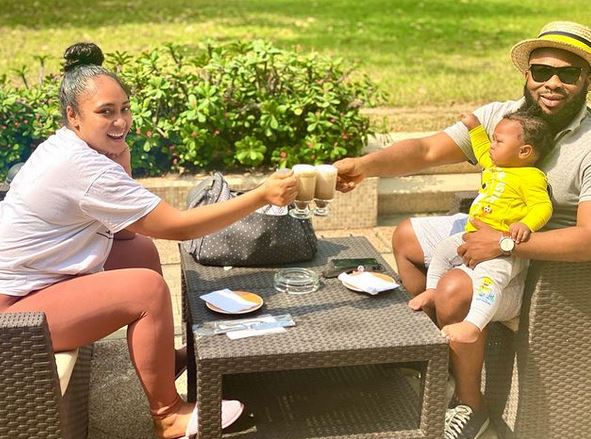 Nollywood actress, Rosy Meurer has responded to a troll who said that her marriage to Olakunle Churchill would not last.

The mother of one uploaded a photo of her family on Instagram with the caption: “SQUAD.”

Reacting in the comment section of the post on Monday, an Instagram user who goes by the name Barbiejuly said that the couple would break up like filmmaker Tchidi Chikere and his wife actress Nuella Njubigbo.

Responding, Rosy wrote: “I will not block you. I want you to be here to witness all the beautiful memories my husband and I will make till we are old.”

Churchill secretly married Rosy after the messy separation from Tonto. The businessman and his wife welcomed a baby boy early this year.