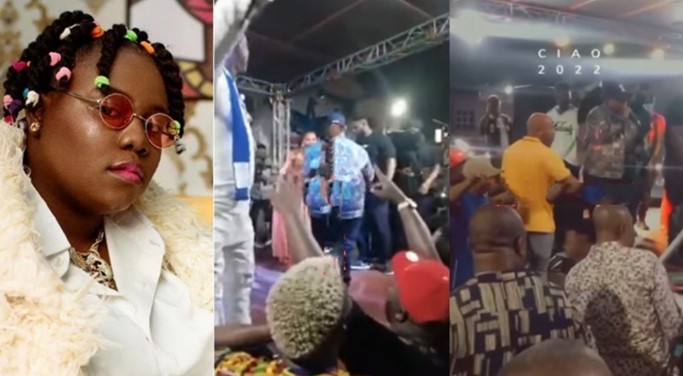 In a viral video which surfaced on Sunday, Teni was performing her top single “Hustle” off her most recent album, when gunshot rent the air, and everyone scampered to safety.

Eyewitnesses say that some unknown persons tried to kidnap Teni while she was on stage performing, but her bouncers, who were armed fired some gunshots into the air.

A Twitter user @JoyDaminabo said, “I was there and it was a mess people were rushed to clinics because of the stampede.

“They wanted to kidnap Teni then her bouncers started shooting everywhere not just towards the sky but everywhere it was horrible I feel bad for her.”

Another eyewitness claimed the shots were fired after a fight broke out between two show goers while other stories said members of rival cults engaged themselves in a shootout. 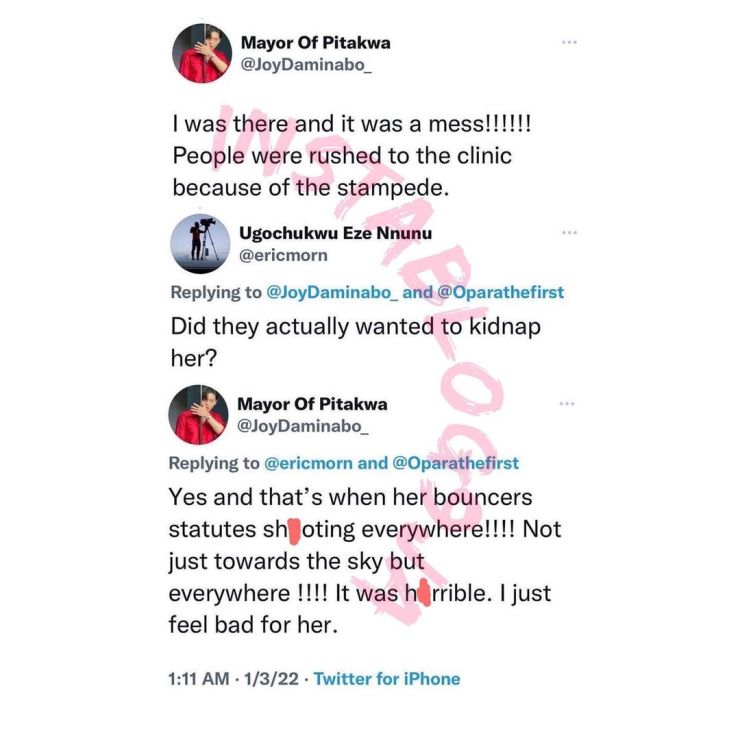 Reacting to the incident, the spokesperson of the Rivers State Police Command, Iringe Grace Koko said that there was no attempt to kidnap the singer.

Koko said that “some miscreants who had a misunderstanding at the venue of the show created a scene that made security agents at the venue release some gunshots to wade off violence.”

The police spokesperson explained that the miscreants had a free for all but that the prompt intervention of the security agencies saved the situation.

She however urged the public to disregard the rumour, saying nobody made any attempt to kidnap the singer in Degema.

Meanwhile, Teni has taken to her Instagram story on Monday to react to the incident, saying that it could’ve been a different story.

She wrote, “(It) could have been a different story entirely but I’m grateful to God. Myself and entire team are safe and back home now. Thanks for the calls and messages.”

KanyiDaily recalls that Davido had recently revealed how Teni chased after him in Lagos traffic just to request for collaboration on her new album, Wondaland.