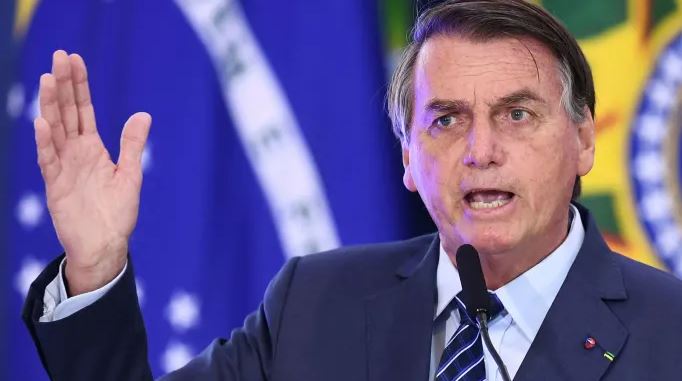 The President of Brazilian, Jair Bolsonaro has been admitted to the hospital with abdominal pain, his doctor, Antonio Luiz Macedo confirmed to the news website UOL from the Bahamas.

He was taken to the Vila Nova Star hospital in the South of Sao Paulo on Monday, January 3.

Dr. Macedo said that the president was under the tutelage of his team so far and that he is flying to Sao Paulo in the afternoon.

UOL quoted Dr Macedo as saying that the president shall undergo more tests “to find out what is in the abdomen. We still don’t know, but it could be caused, for example, by poorly chewed food, among other factors.”

He also said that the suspicion, for now, is of a new intestinal obstruction — technically called “intestinal subocclusion.

Shortly after, Bolsonaro said in a Twitter post that his doctors were evaluating potential surgery on his intestine, adding that he was using a nasogastric tube.

He said he started to fell unwell after lunch on Sunday and was admitted to hospital in São Paulo at 3am (6am GMT).

Bolsonaro has been treated in hospital several times since he was stabbed during his presidential campaign in 2018. In July 2021, he was taken to Vila Nova Star due to an intestinal blockage after developing chronic hiccups. Bolsonaro had been holidaying in the southern state of Santa Catarina.