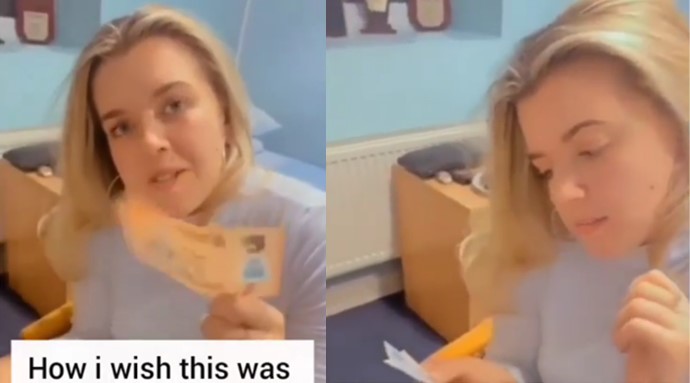 A video circulating the social media shows the moment a Nigerian man was lying to a white lady about the value of the Naira against the British Pounds.

In the viral video, the man was heard telling the woman that N5 is equivalent to £50 Pounds, while £500 when converted would amount to N50.

The woman, however, did not seem to believe his explanation as she had a look of doubt on her face, while he continued to explain that if she were to visit a bank with N55, she would be given £550.

Meanwhile, a German woman married to a Nigerian man has shared her experience during Christmas visit to a community in Imo State with her kids.