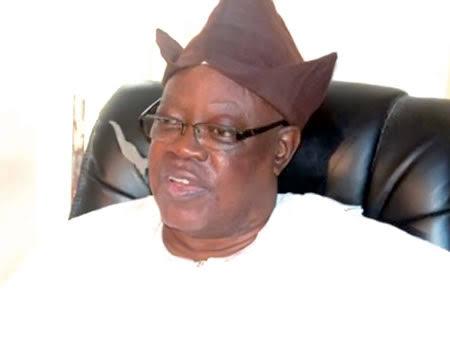 The present Otun Olubadan of Ibadanland, Senator Lekan Balogun, from Ali-Iwo Compound has become the cynosure of all eyes as the likely successor to Oba Saliu Adetunji, Aje Ogungunniso I, who breathed his last few days ago at the University College Hospital (UCH), Ibadan, Oyo State.

The traditional structure of ascension to the throne of Olubadan has been well-arranged such that the chief that will succeed any sitting Olubadan would have known himself, if God blesses such chief with long life and he does not die before the reigning Olubadan.

In Ibadanland, the two ruling lines are the ‘Egbe Agba’ (civil) and ‘Balogun’ (military) from where Olubadans are appointed on rotational basis to occupy the stool on the death of a monarch.

The two high chiefs that are next in rank to the Olubadan from the two lines are the Otun Olubadan and Balogun of Ibadanland. The duo are recognised as second-class traditional rulers under the Western Nigeria Law. The chieftaincy system makes the royal succession tradition largely free from rancour, litigation and usurpation. Any male child title-holder of the metropolitan centre of Ibadan is a potential king.

The fact that Oba Adetunji was produced by the Balogun Line has automatically positioned the Otun Line to produce the next Olubadan. And the most senior chief on the Otun Line is Senator Lekan Balogun, who was in the Senate for Oyo Central from 1999 to 2003.

In an interview with Daily Sun in May 2017, Balogun said: “When I became Mogaji of Ali Iwo Compound, there were a lot of much older people, whose kids were even older than me. My compound used to produce the oldest person as Mogaji before my time. Yet, these people insisted I should be made Mogaji in the late 1970s. The Olubadan that we have produced so far – Ali Iwo I, reigned for three months as Olubadan.

“If I make it to the throne of Olubadan, I will be Ali Iwo II. After I became Mogaji, many young and educated men have been made Mogajis, which is the self reforming nature of the Olubadan chieftaincy system.”

But the Laws of Oyo State of Nigeria 2000 Cap 28 spell out the power of the governor in relation to the appointment of recognised chieftaincies in the state. The laws stipulate that the four names would be forwarded to the governor four approval by the Olubadan-in-Council, among whom the governor will approve one. The laws made it known that the names of four most senior chiefs on the line that will produce the occupiers of the Olubadan stool should be forwarded.

In this instance, the four most senior chiefs on the Otun Line are Senator Lekan Balogun as the Otun Olubadan; Senator Rashidi Ladoja, a former governor of Oyo State, as Osi Olubadan; Eddy Oyewole as Ashipa Olubadan; and Abiodun Kola-Daisi, as Ekerin Olubadan.

Another aspect of the laws say any person to be appointed, must not have been disqualified under any of the following grounds as contained in Section 14 (2) of the Chief Laws, that is, he must not be suffering from any serious physical infirmity; he must not be a lunatic and he must not be an ex-convict.

Jagun is the first step on the Olubadan line. The predecessor to Oba Adetunji, the late Oba Samuel Odulana Odugade I, waited for 35 years to become Olubadan. Odulana was promoted to Jagun in 1976 and was crowned as monarch on August 17, 2007 at the age of 93. His reign lasted for nine years.

The predecessor of the Oba Odulana, Oba Yinusa Ogundipe Arapasowu I, who was born in 1912, was crowed the 39th Olubadan at the age of 79 years on May 7, 1999. He had waited for 39 years to occupy the stool, and he reigned for eight years before he joined his ancestors in 2007 at the age of 87. He was appointed Mogaji of his compound at Oranyan in 1960 and was promoted to Jagun Balogun in 1964.

Also, the predecessor to Oba Ogundipe, Oba Emmanuel Adeyemo Operinde I, spent a total of 41 years between the time he was appointed the Mogaji of his family at Isale Ijebu in 1953 and January 14, 1994, when he was crowned as the 38th Olubadan. He reigned for five years. The 37th Olubadan, Oba Yesufu Oloyede Asanike I, was also in his 80s when he became king in 1983 and his reign lasted for 10 years.