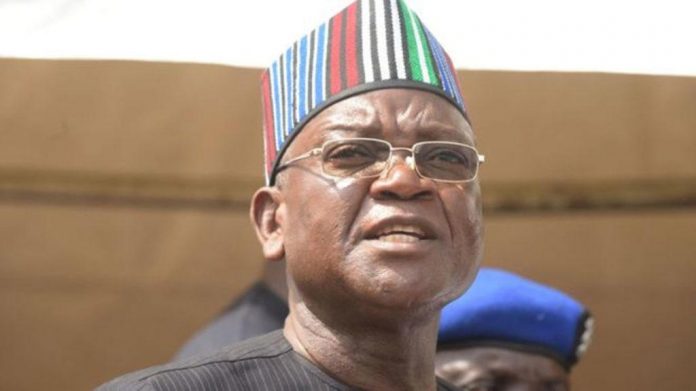 Governor Samuel Ortom of Benue State on Sunday condoled with the people and government of Oyo State, expressing deep grief over the death of the Olubadan of Ibadan land, his Imperial Majesty, Oba Saliu Adetunji.

Ortom in a message of condolence by his Chief Press Secretary, Nathaniel Ikyur, to the Governor Seyi Makinde of Oyo State, the Ibadan Traditional Council, and the immediate family of the late royal father, described the death of Oba Adetunji as painful, lamenting that the wisdom and wise counsel of the late traditional ruler would be missed at a time Nigeria is going through difficult challenges.

The Benue Governor decried that the demise of the Ibadan monarch came at a time “His wealth of experience garnered over the years, his immense wisdom, and his commitment to a united and greater Nigeria with a better Oyo State are unrivalled.”

Governor Ortom lamented that the Ibadan Traditional Council, the government and people of Oyo State and indeed, Nigeria, and entire humanity will miss the late Oba Adetunji who has shown commitment to give his all for a better society.

The governor prayed God to give the Oyo State Government, Ibadan Traditional Council, and the immediate family of the late traditional ruler the fortitude to bear this irreplaceable loss.