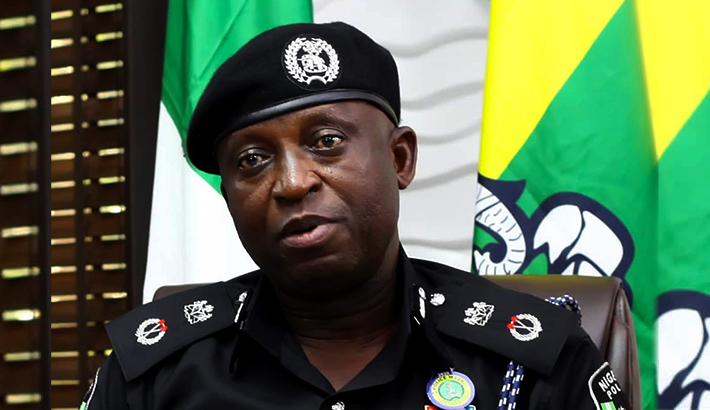 In a statement by its spokesman Adekunle Ajisebutu, the command disclosed that Mr Odumosu was denied entry into the estate by the “overzealous” guards, according to a police statement.

He said the commissioner subsequently ordered the arrest of the guards.

“In spite of this deliberate humiliation, the senior police officer remained calm. When it became obvious that the security men were going overboard, the CP, after about 30 minutes of humiliation, ordered the arrest of four of the security men, leaving one,” claimed the police.

The police further explained that Mr Odumosu, who had visited the estate to see “someone” at a function to discuss an urgent security matter, stationed armed officers at the gate to support the guard left behind.

“However, not to make the estate porous, the Commissioner immediately posted well-armed policemen at the gate to support the security man left behind,” added the police statement.

“She was also arrested for inciting violence and conduct likely to cause a breach of peace,” claimed the police.

According to the statement, those arrested were taken to Isheri Police Division and released a few minutes later after the intervention of some individuals.

“It should be stated here that the 1999 Constitution of the Federal Republic of Nigeria provides for freedom of movement. The police, in particular, are statutorily permitted to enter any public place at any time,” asserted the police. “The Brooks Estate is a public place, and the roads leading into it are highways, and as such, no one has the power to prevent police officers in uniform from entering the estate or any such public places.”

The command also denied reports that Mr Odumosu kept the estate on lockdown. He claimed that residents locked the gate in protest against the arrest of the guards.

“At no time did the commissioner shut or lock down the estate. The police boss could not have done that for whatever reason, knowing that the estate is a residential one,” the police stressed. “Some residents of the estate in solidarity for the arrested security men deliberately closed the gate, thereby creating a temporary gridlock. This they did after the CP had left, perhaps, to blackmail him and make him release the security men.”