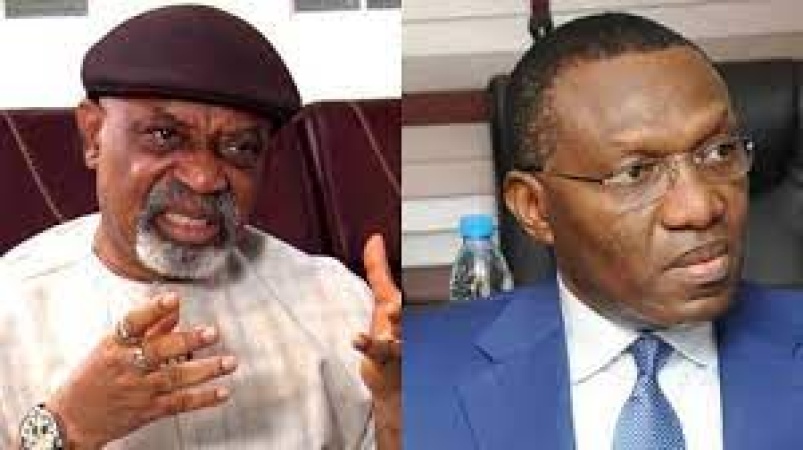 The Minister of Labour and Employment, Chris Ngige has revealed that he was offered money to accept the victory of Andy Uba, the candidate of the All Progressives Congress (APC) in the just concluded governorship election in Anambra State.

While addressing APC members on New Year’s Day in his community, Alor, Ngige insisted that the party did not hold a primary election to nominate Uba as the APC flag bearer in the state but some people offered him money to accept that the election went well.

“I told them what was going to happen was direct primaries, either by secret ballot or option A4. These aspirants listened to me and used their hard-earned money to run for the election.

“None of them is a thief or stole money, so they used their hard-earned money and we did a primary election and we said everyone would go to their ward, that voting will take place from 8:00 a.m. to 4:00 p.m.

“I even came from Abuja to participate in the process. Somebody of my status could not vote. I didn’t see any electoral materials here in Alor ward one. I am from this place, with no electoral officials or materials except INEC officials. These were the only people who came, our party officials never came.

“By 5:00 p.m., I called Governor Dapo Abiodun of Ogun State and told him nothing happened. I told him to postpone the election from Saturday to Monday he said okay, but they ended up announcing the result.

“I told them I have all the money I needed, and that I have contested for all the positions I needed to contest for. It is only one position that I have not contested for. We are the founding fathers of this party, these were the same people who stood against us in the early days of APC and called us Boko Haram party.

“Today, they are saying Ngige does not want people to come in and that I am now putting people who are my brothers in position. Do not listen to them, they are lying.”

Ngige who also spoke about the decision to make Uba the leader of the party in the state said: “There is nothing like a leader in APC constitution. If you want to answer leader, you answer, but there is no such thing in the constitution of the APC.”

“2023 is the reason all these wayo people are here moving about, they have gone to collect money from people that they will work for them, but we will not allow them.

“Now, they are going about saying they have written the names of the people who will become the ward, local government and state executive, but do not listen to them. It was the same way they wrote election results for the Anambra election and were going about, but when they brought it, it was dismissed.

“It is the same way they will dismiss the list they are bandying about today. We will hold a very credible congress in Anambra State.”

KanyiDaily recalls that Chris Ngige had recently claimed that Igbos prefer political appointments to infrastructural development in the South-East region.