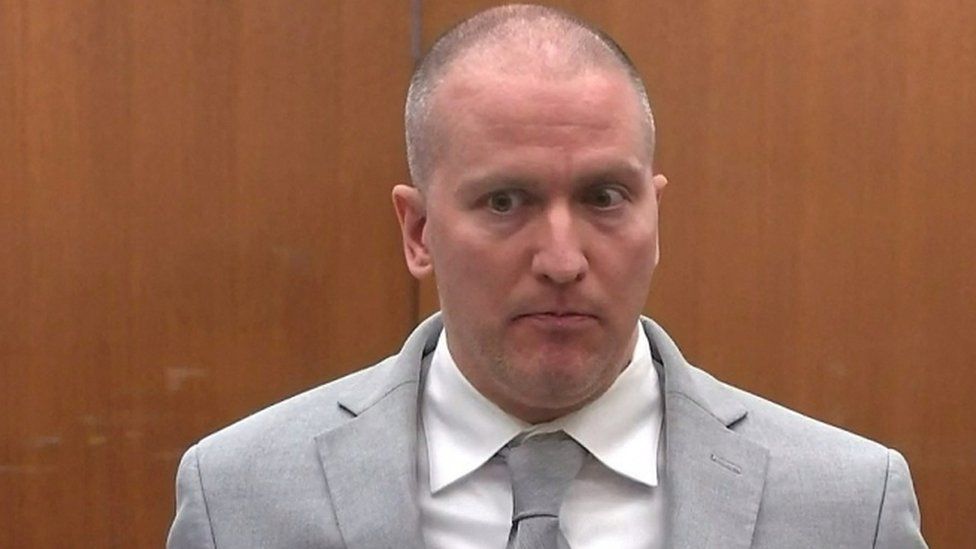 Convicted murderer Derek Chauvin is leading a “dismal” life behind bars, where he spends 23 hours a day locked inside his cell and guards watch his every move, according to a report.

A prison official told TMZ that the former Minneapolis police officer, who murdered George Floyd by kneeling on his neck for more than nine minutes on Memorial Day 2020, is kept isolated from other inmates in his cell within the high-security Administrative Control Unit at Minnesota state prison Oak Park Heights.

Chauvin has little freedom inside the facility, with no access to job opportunities and educational programmes, the official said.

He must shower, go to the bathroom, eat and sleep inside his cell and is allowed out for just one hour a day for exercise.

Chauvin, who last month negotiated a plea deal so he could move to a nicer federal prison, has no contact with other inmates inside the state facility.

Prison guards check on him every 30 minutes, 24 hours a day and he is constantly under the eye of surveillance cameras.

The white veteran police officer of 18 years was filmed kneeling on Black man Mr Floyd’s neck during an arrest over a suspected $20 counterfeit bill in Minneapolis on 26 May 2020.

He pressed his knee into Mr Floyd’s neck for more than nine minutes while the Black father begged for air, saying: “I can’t breathe”.

Footage of the murder sent shockwaves across the globe and sparked Black Lives Matter protests demanding an end to systemic racism and police brutality against Black people.

Chauvin was sentenced to 22.5 years in prison on the state charges.

By taking a plea deal, Chauvin will no longer face a federal trial in January but must serve a minimum of 20 years in prison and a maximum of 25.

This has likely added at least another five years onto his prison time as with good behaviour he could have been eligible for parole in less than 15 years.

But, Chauvin made one request as part of the plea deal – that he be moved from state prison to serve the remainder of his time at a federal prison.

Data from the Bureau of Justice Statistics reveals that 344 inmates per 100,000 die in state prison compared to 246 per 100,000 inmates in federal prison.

Chauvin will be moved to a federal prison after sentencing on the federal charges.

He could be sent anywhere across the US but is allowed to recommend his preferred facility.

The other three former officers involved in Mr Floyd’s fatal arrest – Thomas Lane, J. Kueng, and Tou Thao – are also facing both a state trial and a federal trial.

The federal trial alleging they violated Mr Floyd’s rights will begin in January, while their state trial on charges of aiding and abetting murder and manslaughter will begin in March.

All three have pleaded not guilty to all charges.