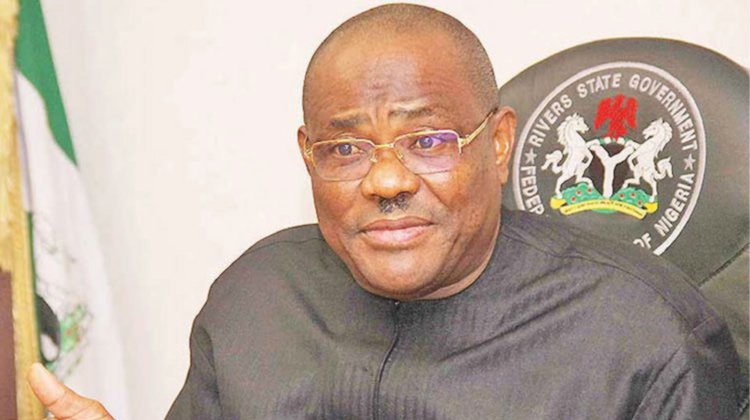 Wike while answering questions from journalists when he paid a courtesy visit to his Bauchi State counterpart on Saturday, alleged that the anti-corruption war of the President, Major General Muhammadu Buhari (retd.), was lopsided.

The Rivers state governor said it was lopsided because only those in the Peoples Democratic Party were targeted for prosecution.

He said, “If you are fighting corruption, you should know that it will fight back. The moment you come out to say that I want to fight corruption, you must be prepared to fight that corruption fully. But look at what is happening now in the system, if you stay in the PDP, you are a criminal, but if you cross over to the APC, you are no longer a criminal. What kind of system is that? Is that the kind of leadership we want?”

Wike also berated the President for signing the budget despite saying it could not be implemented.

He  said, “You saw a President that said that this budget cannot be implemented but he went ahead and signed it. Something you know will not help the country, he couldn’t tell the National Assembly that he won’t sign it, and you signed it. But the electoral bill, you now found errors that that direct primary will be too expensive and it will affect security and you didn’t sign. But the budget that is about the economic survival of the country, which you know cannot work, you still sign. Haba! I don’t understand it and it doesn’t make sense.

“I won’t sign, if I know it is not going to help, it will not help the economy, it is inflated, I’ll tell the National Assembly that I won’t sign it.”

Wike said Buhari was in the habit of signing documents he knew nothing about.

Wike made the observation when he led a delegation of some elders and chieftains of the Peoples Democratic Party  of Rivers State on a New Year visit to Governor Okezie Ikpeazu of Abia State in his country home in Umuobiakwa village on Sunday.

This was contained in a statement issued by the Special Assistant to the Rivers State Governor on Media, Kelvin Ebiri and made available to newsmen.    ,,