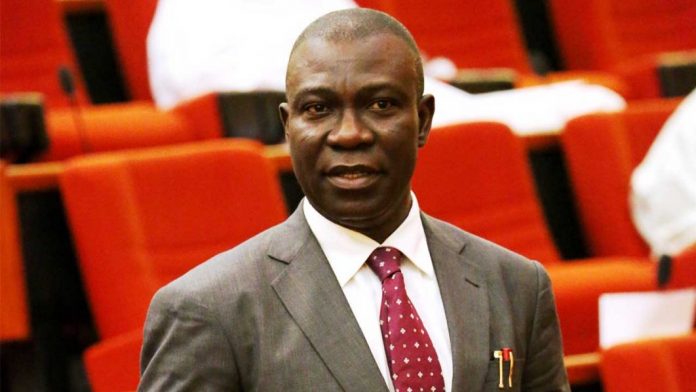 The former Deputy President of the Senate, Ike Ekweremadu, in his New Year message, advocated for better policies by the Federal Government to protect Nigerians from deteriorating insecurity situation. He urged the All Progressives Congress (APC) government and the National Assembly leadership to consider the decentralization of the policing system and endorse the establishment of  state police in 2022. Ekweremadu asserted that “The primary purpose of government is the security of the lives and properties of citizens without which other promises of democracy, including good governance, credible elections, and development will remain in abeyance.”

The former Deputy President of the Senate decried that it is appalling that a big country like Nigeria which should stabilize its economy agriculture to boost industrialization, is being devastated by several criminal gangs taking over large spaces in the country.

The former Deputy President of the Nigerian Senate noted that the anticipated socio-economic growth and development, good governance, and credible 2023 elections are being threatened by the variance of insecurity upsurge in the country, which he said are having devastating effects on security of the lives and properties of Nigerians. He asserted that the transparency and success of the 2023 general elections would be a function of the security situation in Nigeria.

Ekweremadu in a statement highlighted: “The primary purpose of government is the security of the lives and properties of citizens without which other promises of democracy, including good governance, credible elections, and development will remain in abeyance.

“Unfortunately, 2021 will be remembered as the year that various criminal gangs, once again, took advantage of our largely unpoliced and underpoliced spaces to inflict tears, sorrows, and blood as they continue to terrorise, abduct, raid, tax, and kill hapless citizens.

“Therefore, as we step into year 2022, I call on the Federal Government of Nigeria, including the leadership of the National Assembly, to prioritise the security of lives and properties of Nigerians, by accelerating the decentralisation of policing, starting with lending political weight to the constitution amendment Bill for the creation of state police.

“Experiences of other nations, particularly federal states, show that our nation can only be properly secured by decentralizing our policing system to enable every state, every local government, and even big institutions to take charge of the security of lives and properties in their respective jurisdictions.”

Ekweremadu wishing Nigerians Happy New Year, requested for prayers for the leaders to make the right decision on ending insecurity in the country.