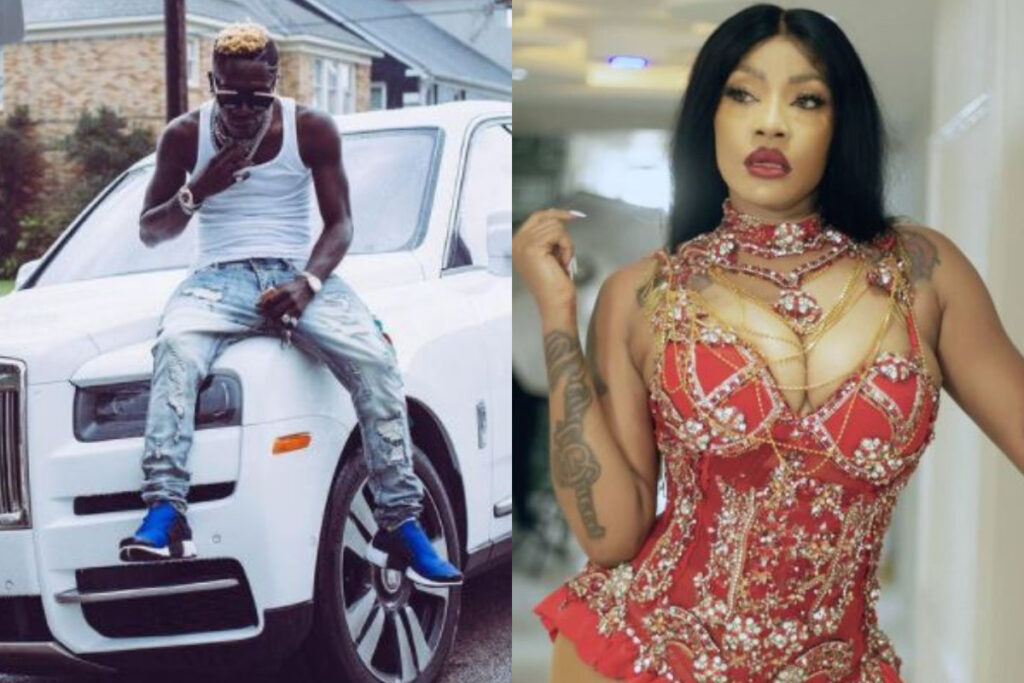 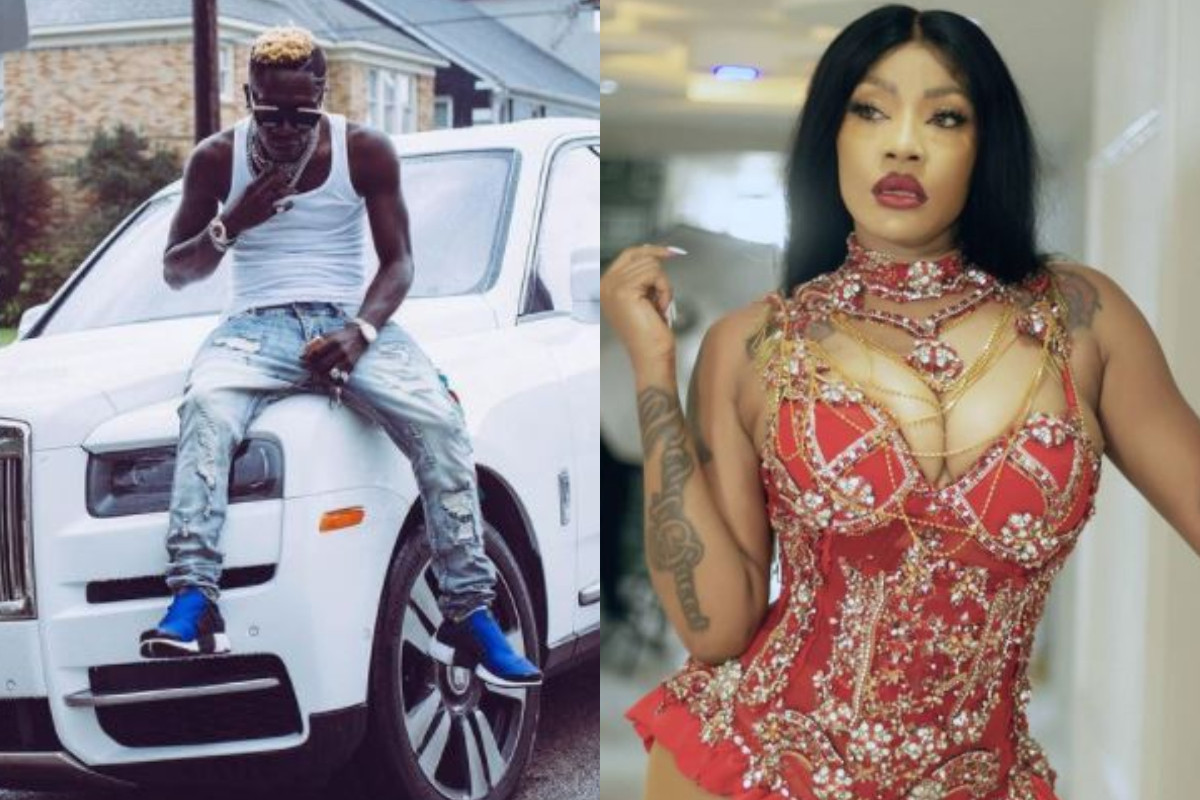 She called him king amid a face-off between the musician and Nigerians after he had insulted them.

Explaining why she addressed Shatta Wale as “King” in an Instagram post she shared, Angela stated that while everyone has been acting like she doesn’t exist since she started doing music, the Ghanaian singer responded when she reached out to him even though they’ve never met.

When I started doing music everybody dey act like say eye dey pain them, but Shatta Wale responded when I reached out to him – Angela Okorie reacts after being dragged for calling Shatta Wale

The actress further claimed that those she helped blow their songs are not giving her same help now. Also claiming that she “fed and brought up” some of Nigeria‘s favorite celebrities, Angela stated that she doesn’t want to be tagged to “‘stupid things”.

Y’all should stop all this insults

For crying out loud am not having issues with Shatta Wale , Like wTF

I just dropped a song and you already

Bringing this hate to me abeg o

When I started doing music

Every body Dey act like say Eye Dey pain them ,Listen I and Shatta haven’t even met. I reached out to him to Vibe on a song and he responded, listen be good to who is good to you.

What is all this fight for self Ha

All this people wey Dey answer boss self

Who una help self,I have feed and brought up some of your favorite celebs any of them wey say na lie , I go call all their names blast All the idiots, am a self made wtf ,Don’t tag me on stupid things,Wetin concern me listen up y’all ,this is new year and I don’t want to start it With all this nonsense

Happy new year to all my fans around

The world I got you all for real 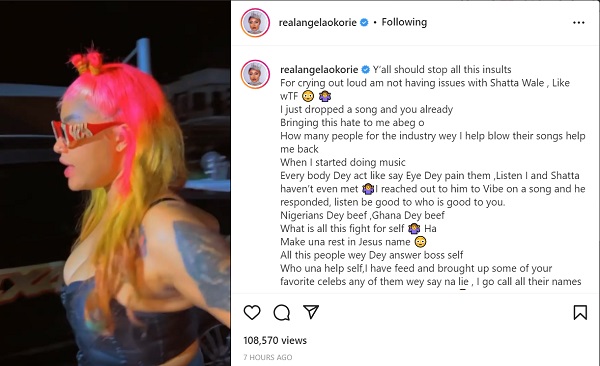