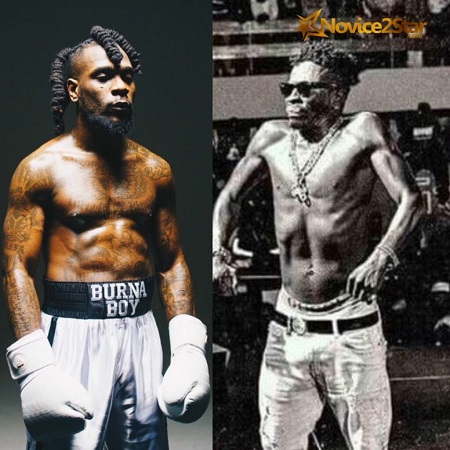 Grammy winner, Burna Boy said he wants to see Ghanaian musician, Shatta Wale bleed on the floor after challenging him to a boxing match.

He had slammed Shatta Wale after the Ghanaian singer said he’s ready for a freestyle battle.

But, Burna corrected him saying what he wants is fist battle for them to settle matters like real men.

Recall that Burna who accused Shatta Wale of pushing an agenda of separation, had said that he’s ready to have a one on one fight with the Ghanaian singer and squash it after.

Reacting to this today January 1, Shatta Wale chose a freestyle battle instead, adding that Burna will stop singing after the battle. 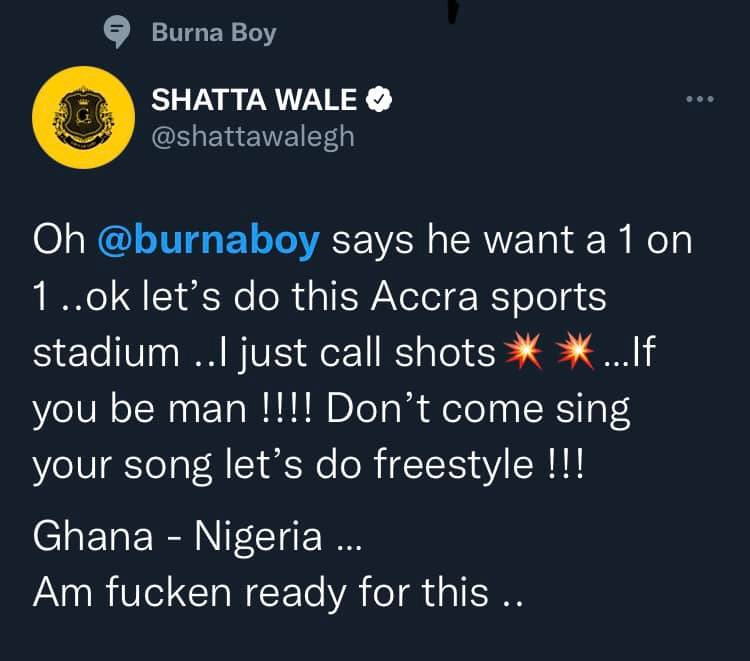 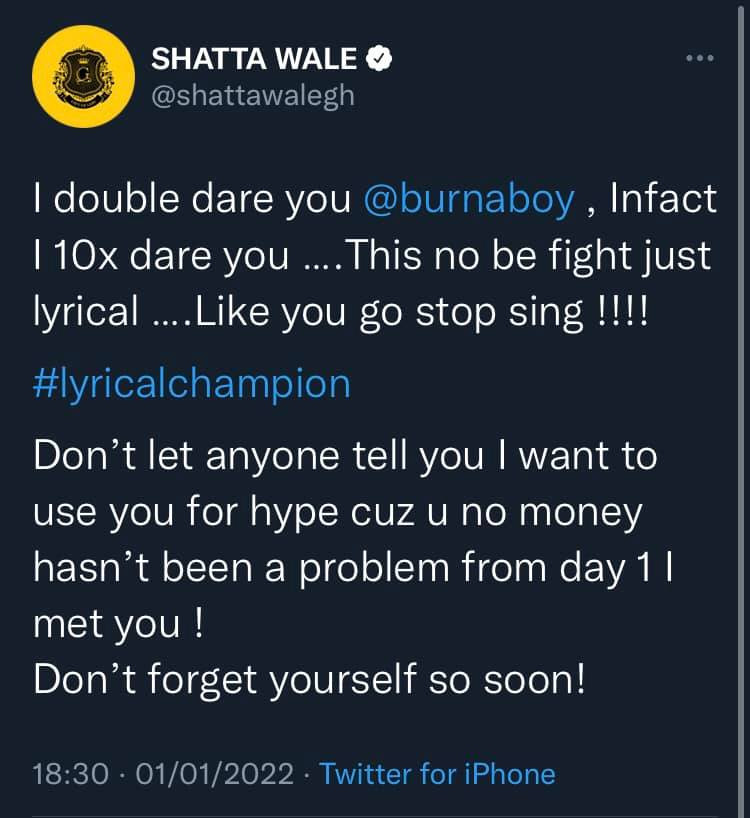 Burna Boy however countered Shatta’s tweet by stating that he wants to see the Ghanaian singer’s teeth and blood on the floor.

Also revealing that Shatta Wale knows he’s been trying to set-up a fight with him since January 2021, he added that he could easily make Shatta Wale’s life a living hell anywhere he goes outside Ghana as he’s got more money than all his godfathers combined.