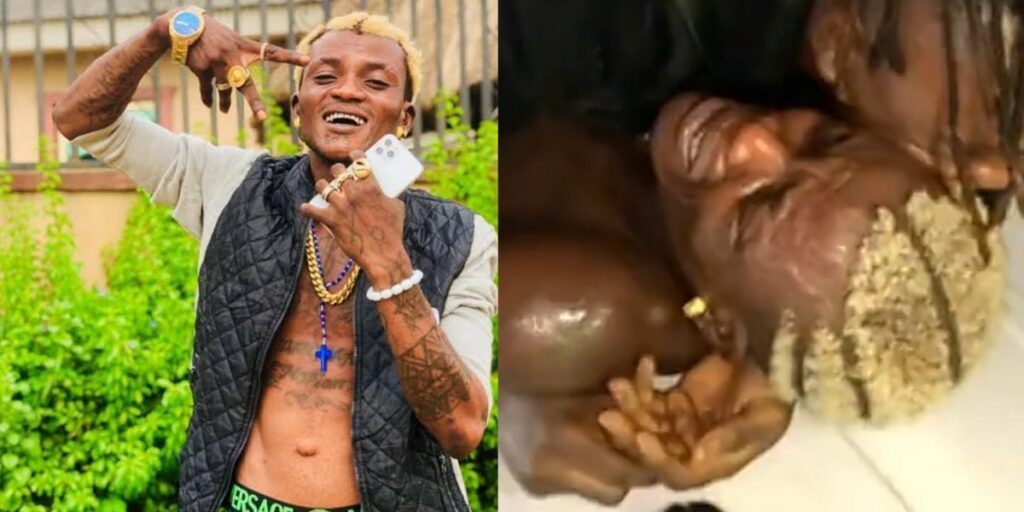 Fast-rising Nigerian artiste, Portable has been seen in a viral video shedding tears of joy after he was gifted a Range Rover following the acquisition of his first car a few days ago.

Portable, who is currently making waves with his ‘Zazoo Zeh’ hit in which he featured award-winning singer, Olamide, and Poco Lee, had shown off a black, slightly used 2008 Toyota Camry that had been given to him by his admirers.

During his show on Friday, December 31, the singer was seen in a viral video shedding tears of joy while appreciating a benefactor who gifted him a Range Rover.

Sharing the video on his Instagram page, Portable wrote, “Tears of joy. I really appreciate it.”

KanyiDaily recalls that Nigerian singer, Omah Lay had lamented that Portable’s song “Zazoo Zeh” is always playing in his head whenever he wants to write his own song.