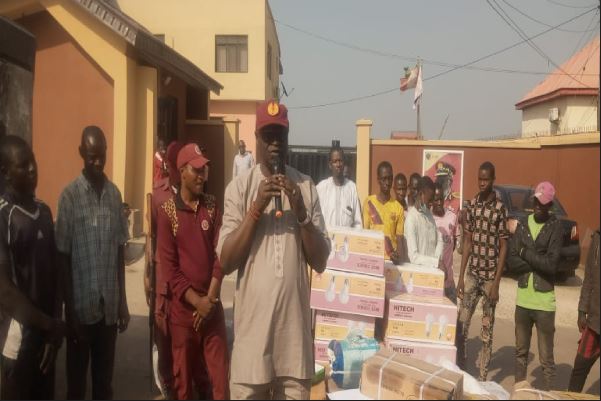 The joint patrol team of Amotekun in Ondo/Osun states has recovered a bus loaded with goods worth N50 million along Ilesha/Akure highway from some gang of armed robbers.

The team also rescued the driver of the bus, his conductor and ten other passengers in a eighteen seater bus along the same route

The goods worth over 50 million naira was taken away by the robbers while the driver of the bus and the conductor took to their heels.

While briefing reporters, the state commander of Amotekun , Adetunji Adeleye, said the robbers escaped after engaging the Amotekun Corps in a gun duel

He added that the robbers abandoned the bus and ran into the forest. He said the driver of the bus and his conductor were rescued inside the forest .

According to him, the Amotekun operatives were attracted to scene by gunshots fired by the robbers