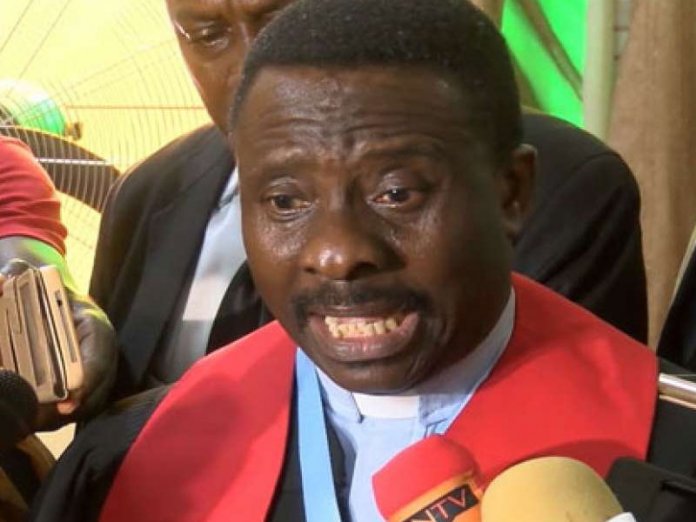 Can mourns Desmond Tutu, recalls his role in anti-apartheid struggle

The Christian Association of Nigeria (CAN) has described late South African Bishop, Desmond Tutu as a potent voice against oppression.

In a condolence message, CAN President, Rev. Samson Ayokunle, said the revered South African Anglican Bishop and theologian, was known for his work as an anti-apartheid and human rights activist.

He commiserated with the government and the people of South Africa over the demise of the Bishop.
“We thank God for a life well spent by His great Servant who used every given opportunity to speak a potent voice against the defunct apartheid system of racial segregation and white minority rule in South Africa.

“He was also the first African Bishop of Johannesburg from 1985 to 1986 and then Archbishop of Cape Town from 1986 to 1996. He was also known as a theologian who sought to fuse the Black Theology with African Theology.

“We recalled with nostalgia when from 1978 to 1985, Tutu was the General -Secretary of the South African Council of Churches. That was when he emerged as one of the most prominent opponents of South Africa’s apartheid system of racial segregation and white minority rule.”

The CAN leader, in the statement added: “Although an activist yet he was an advocate of non-violent protest and foreign economic pressure to bring about universal suffrage.
“In 1985, he became Bishop of Johannesburg and in 1986 the Archbishop of Cape Town, the most senior position in southern Africa’s Anglican hierarchy.
“In this position, he emphasised a consensus-building model of leadership and oversaw the introduction of female priests.”

Ayokunle said Tutu played prominent roles that led to the release of the foremost anti-apartheid activist Nelson Mandela from prison in 1990, and they both led the negotiations that ended apartheid and introduce multi-racial democracy. According to CAN, after the 1994 general election resulted in a coalition government headed by Mandela, Tutu was appointed the chairman of the historic Truth and Reconciliation Commission to investigate past human rights abuses committed by both pro and anti-apartheid groups. This Commission was used to heal all the wounds of apartheid inflicted on both the Whites and the Blacks.

“Tutu will always be remembered for his strong support of Palestinians in the Israeli–Palestinian conflict especially his strong belief in Israel’s right to exist. His strong criticism against the perceived anti-people policies under the South African Presidents of Thabo Mbeki and Jacob Zuma further made him a respected voice of the voiceless.

“Our hearts go to his immediate family, the South African Churches and the common man of that country who saw him as their advocate and protector,” the association added.