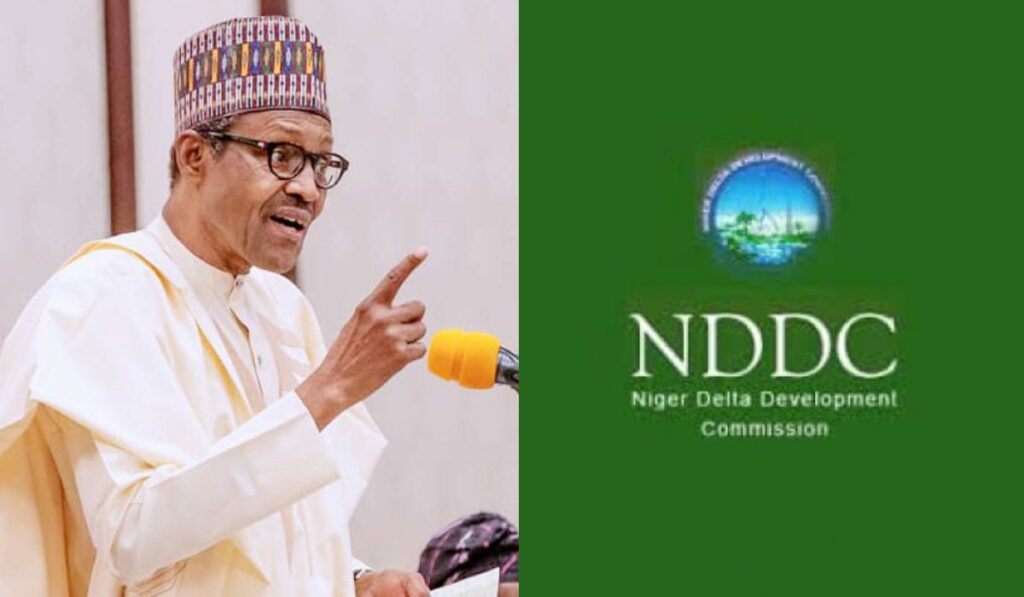 President Muhammadu Buhari vowed to recover every kobo stolen from the Niger Delta Development Commission (NDDC) and punish all those who mismanaged the funds.

Buhari stated this on Thursday while commissioning a hostel at the University of Uyo, Akwa Ibom, according to a statement by his Special Adviser on Media and Publicity, Femi Adesina.

In his address, the President said the lives of the people of the Niger Delta could be so much better if the funding received by the NDDC since its inception, amounting to billions of naira over the last 20 years, had been judiciously deployed in the service of the people.

The President stressed that the NDDC forensic was being reviewed, with a view to recovering every kobo stolen by the agency officials while those found culpable would face the law.

He said: “Therefore, going forward, we shall ensure every recoverable kobo, is recovered for use in service of the people of this region, and those found culpable shall face the law.

“The Niger Delta Development Commission needs to demonstrate that it can achieve the objectives it was conceived for and make its impact felt all over the Niger Delta region.

“The lives of the people of the Niger Delta could be so much better, if the funding received by this commission since its inception, in billions of naira over the last 20 years, had been judiciously deployed in service of the people.

“The serial abuse, lack of delivery, and what had become an entrenched institutional decay, was the reason why I called for the forensic audit.

“When I directed the Minister of Niger Delta Affairs to institute a forensic audit of the Commission, after many representations by major stakeholders in the Niger Delta, I had also directed that all viable projects which had been abandoned, but which would impact positively on the lives and livelihoods of the people, be immediately revived and completed.

“Consequently, I want to use the opportunity of this commissioning to direct all statutory contributors to the NDDC to remit all outstanding funds to the Commission, and to ensure this is done transparently and according to laid down procedure and process.”

President Buhari also directed that all abandoned projects that directly impact the livelihood of the people should be revived and completed.

KanyiDaily recalls that President Buhari had in 2020 ordered a forensic audit of the NDDC following allegations of widespread corruption at the agency.