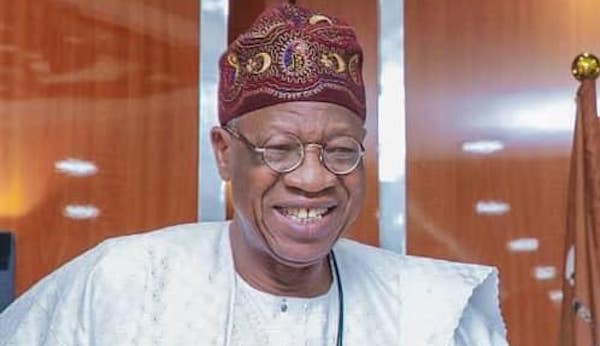 The Minister of Information and Culture, Lai Mohammed, said on Thursday insecurity in most parts of the country blighted President Muhammadu Buhari’s achievements this year.

Mohammed, who stated this at a press conference put together by the ministry in Abuja to showcase President’s achievements, admitted that insecurity was the major challenge faced by the Federal Government in the outgoing year.

He said despite the long list of achievements by Buhari’s administration, insecurity was a major challenge faced by the government.

The minister, however, stressed that the Nigerian military recorded huge success in the fight against the Boko Haram insurgents and bandits using a combination of kinetic and non-kinetic approaches.

He added that the Nigerian Army recovered a huge cache of arms and ammunition and destroyed the terrorists’ bomb-making factories during the year.

Mohammed said: “These strategies by our gallant military led to the neutralisation of over 1,000 terrorists, the rescue of 2,000 civilians, and the surrender of over 22,000 terrorists including their families in the North-East.

“Let me admit straight away that the year has not been devoid of challenges. For the outgoing year, in particular, the major challenge has been that of insecurity.

“Despite this and the usual economic challenges, especially the dwindling resources available to the government, the administration has availed itself creditably as we will be demonstrating shortly.

“As I said in my introductory remarks, our biggest challenge in the outgoing year is in the area of security. Despite the enormity of the challenge, our military has continued to live up to their billing.

“We owe them a debt of gratitude for their patriotism and sacrifice. We just can’t appreciate them enough as you will soon see when I break down their achievements in the year under review.”