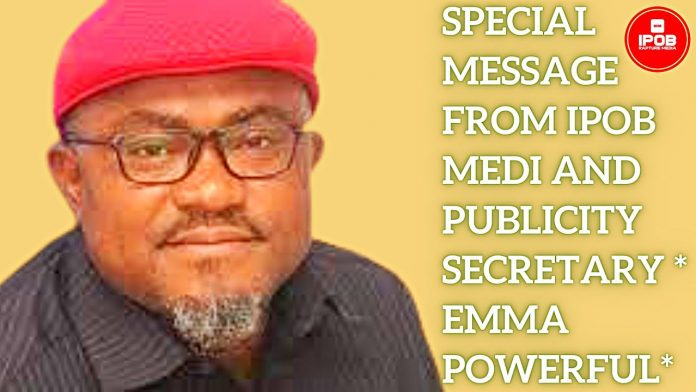 The Indigenous People of Biafra (IPOB) has opened up on the source of finance for the organization, describing it as a self-sponsored global movement.

In a statement by the group’s spokesman, Emma Powerful replying Governor Hope Uzodinma over threats to release names of the group’s financiers, IPOB disclosed that no single individual is bankrolling its activities.

The statement read: “The attention of the global family of the Indigenous People of Biafra (IPOB), ably led by our great leader, Mazi Nnamdi Kanu, has been drawn to the laughable statement from Hope Uzodinma, that he would expose sponsors of IPOB in Imo State. The statement only confirmed Uzodinma as a totally confused man.

“It is only Hope Uzodinma that does not know that IPOB is a self-sponsored global movement. We have no single sponsor from anywhere because no single individual has the capacity to bankroll this movement.

“In case Uzodinma doesn’t know, IPOB is not like a political party that depends on godfathers to exist. We don’t accept donations from politicians and even Uzodinma knows this.

“If we accept donations from politicians, Uzodinma himself would have been one of our sponsors but he is disappointed that we are not swayed by money. We have never hidden our sources of sponsorship: members of this great global family willingly and gladly finance the movement.

“We don’t really owe mindless traitors and political slaves any explanations on our source(s) of existence, but we feel obliged to make these explanations because we know their antics. He has already concluded plans to implicate some of his political opponents, and the only fastest way to accomplish such a mission is to brand them sponsors of IPOB.

“The only crime committed by the innocent people including some traditional rulers that the government intends to implicate was that they told the government to stop killing Imo youths.”