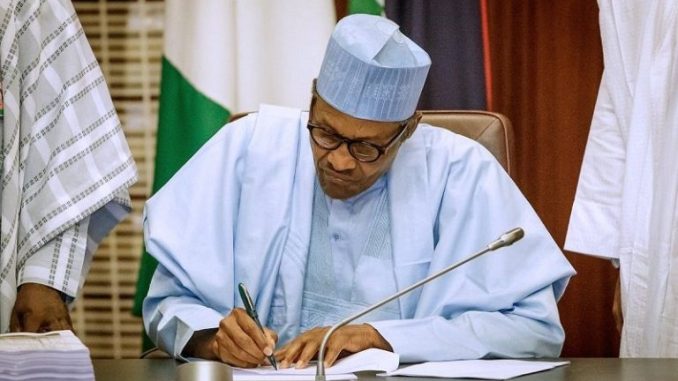 The Presidency Tuesday provided further insight into reasons President Muhammadu Buhari withheld assent to the Electoral Act 2010 (Amendment) Bill 2021 as forwarded to him by the National Assembly.

It said, more than any other thing, the decision was to protect the nation’s democracy and save the taxpayers’ money from being wasted.

The clarifications were made in a statement by Senior Special Assistant to the President on Media and Publicity Malam Garba Shehu.

President Buhari had, in rejecting the Bill, said it would among other things, infringe on the people’s fundamental human rights, increase the nation’s security challenge and would place too much burden on smaller political parties.

In his letter to the National Assembly, the president said the mandatory use of direct primaries for all political parties in the country would be too expensive to execute, noting that it will put a financial burden on Nigeria’s slim resources.

The president further said conducting direct primary elections would be tasking, pointing out that since such mode of election means a large turnout of voters, the move would stretch the security agencies.

Besides, he feared that the proposed mandatory use of direct primaries would amount to violation of citizens’ rights and marginalisation of smaller political parties.

On the whole, he was of the view that political parties should decide the best way to pick their candidates for elections.

Making further clarifications, Tuesday, the presidency said the proposed amendments as sent to the president for assent entailed major legal, financial, economic and security consequences for all Nigerians.

It specifically said this would cause a severe spike in the cost of holding primary elections by parties – integral to democracies the world over.

Shehu said: “The President’s decision to withhold assent from the Electoral Act (Amendment) Bill 2021 has come under scrutiny from media and political circles. This is quite correct because it is a decision that will impact all Nigerians. The President’s Office has decided therefore to issue an official statement to make its position clear.

“Nigeria’s strength as a nation and its status as one of the wealthiest economies in Africa with one of its highest standards of living owes above all to its proud democratic processes, which are enshrined in the Electoral Act of 2010.

“It is this act which the new bill seeks to amend. These amendments have been presented as a means to enhance and build upon our democratic processes. After careful review, the President’s Office has found that the opposite is true.

“Rather, the proposed amendments entail significant legal, financial, economic and security consequences for all Nigerians, principal among which would be a severe spike in the cost of holding primary elections by parties – integral to democracies the world over.

“And who would shoulder these costs? The Nigerian taxpayer of course. And who would benefit? Only the richest of political parties. At a time when the nation is seeking to extricate itself from the economic mire of the worst global health crisis in living memory, whatever other merits the new bill may have, now is not the time for such frivolous spending of public money.

“Inevitably, the usual voices are making themselves heard, with cynical claims of election rigging and so on. This is nothing new. We heard their self-serving cries of fraud in 2015, when we saw the first peaceful transfer of power in independent Nigeria’s history. Then again in 2019, when President Buhari was re-elected with a lead of over three million. We will hear them again in 2023.

“Until then, the President will do whatever he can to protect this country’s democracy, and that includes withholding assent from this Bill. It is worth noting that, as one of Nigeria’s largest political parties, the ruling APC is one of those that stand to benefit from a bill that favours wealthier parties. But it is not the job of this government to protect the APC. It is the job of this government to protect Nigeria, her people and her democracy.

“To those that would rather that limited public funds be spent on politicking during this time of global crisis, we say: cease these cynical games. Tell the Nigerian people openly what you want. Put your – or rather their – money where your mouth is,” the statement further added.

But in a reaction, Executive Director International Press Centre (IPC) Lanre Arogundade said some of these arguments amounted to red herring with the real issues at stake.

He said: “First is the question of why it took the president so long to return the bill knowing that the National Assembly would proceed on holiday.

“By the time they resume in January 2022, we would be frantically running against electoral time. That is why some have suggested that the president could have signed the Electoral Act amendment Bill like he did for PIB and send any desired amendments later.

“In any case it is wrong to reject an entire bill simply because of objection to a particular section.”

Also, the Social Mobilization manager, ActionAid Nigeria, Adewale Adeduntan said the general belief is that direct primaries would curb the menace of imposition of candidates in political parties.

He said the adoption of direct primaries as captured in the new electoral bill is a welcome idea, but it is not a total panacea to solve the problem of the imposition of candidates among political parties in the country.

According to him, the striking beauty of the proposed bill is the component that makes provisions for the electronic transmission of results.

Adewale said the consideration of the bill at a time like this is more important as stakeholders were already warming up for the 2023 general elections.

He said “Now, no method is absolutely better than the other and any method can be skewed to subvert the will of the people.

“This monetary inducement claim fails when one considers that today’s politics is marred by vote-buying.

“For direct primaries to be indeed direct, primaries should be held in the smallest political unit possible outside the influence of unscrupulous political hawks.

“Otherwise, the electoral process may still go from bad to worse if vote-buying is not totally sanctioned,” he said.