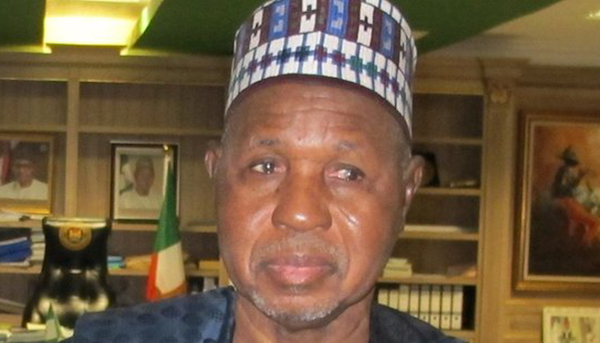 The Katsina State Governor, Aminu Masari, said on Tuesday power rotation from one region to another would strengthen the country’s federalism.

Masari, who stated this at a media parley in Katsina said although the constitution does not provide for the mandatory shift of power to any region, such an arrangement would help the country’s current political structure.

He said the transition committee set by Gen. Abdulsalami Abubakar-led military administration in 1999 suggested that each geo-political zone be given an opportunity of five years to rule the country but the provision did not make it to the constitution.

Masari urged politicians, journalists, religious and traditional leaders to put the interest of the country ahead of their personal interests as the 2023 general elections approach.

The governor also blamed opposition parties for his failure to conduct local government elections in the state in the last six years.

He, however, said there are plans to conduct the poll in 2022, adding that more than 70 percent of what is required for the election is on ground.

Many Nigerians particularly in the Southern part of the country have been clamouring for a power shift to the region in 2023.

Masari said: “Let me make my position very clear. This constitution is made for us, and not that we are made for the constitution.

READ ASLO: Masari calls for unity in fight against bandits, others

“From my personal opinion as Aminu Bello Masari, until such a time when we have stable polity, I think rotation or shifting power from time to time will help consolidate our federalism.

“On the local government election, the opposition knew from day one that they have been trying to sabotage the election and one good way to do that is through litigation.

“We have been to the state’s High Court, the Federal High Court and up to the Supreme Court not once, and not twice.

“Luckily enough, this year, there was a decision by the Supreme Court that we should pay the sacked local government chairmen and councillors all their entitlements.

“The dissolution of their offices stands because even if they were in office, they would have completed their tenure.

“More than 70 per cent of what is required for the election in the first quarter of 2022 is on ground.”