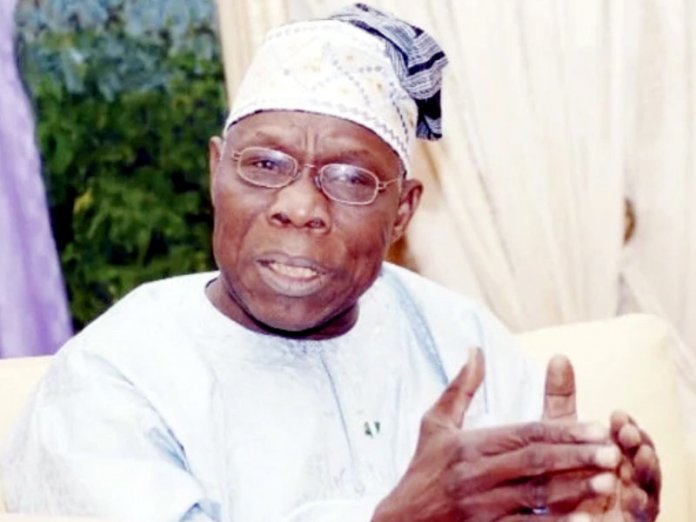 However, Obasanjo in a reply to the accusation of Clark, insisted that the oil found in the Niger Delta region belonged to Nigeria constitutionally, saying pointing out the position of the constitution on an issue, should not be translated to hatred

Obasanjo made the assertion in a six page letter he wrote in response to accusation against him by Niger Delta elder, Chief Edwin Clark in an open letter about a week ago following his comments on the issue at a forum.

Clark, had accused Obasanjo of holding a deep seated disdain for the people of the oil producing region based on the former President’s assertion that oil found in the Niger Delta belong to Nigeria and not the region.

The National Secretary of the Ijaw National Congress (INC), Ebipamowei Woduat, had at a forum convened by the Global Peace Foundation and Vision Africa in Abuja that Nigeria should allow Niger Delta to derive full benefits from the oil found in the region and which Obasanjo disagree with..

Not pleased with the position of Obasanjo on the INC, Clark who is the leader of the Pan Niger Delta Forum, PANDEF, and Chairman of the Board of Trustees of INC, in his open letter, said Obasanjo’s comments that the oil found in the Niger Delta does not belong to the people of the region represents his continuous arrogant stance and negative disposition against Niger Delta.

However, in his open released Tuesday, Obasanjo insisted that he had never hated Niger Delta while reiterating his stance that oil found in the region belonged to the Nigerian federation.

Obasanjo said, “For me personally, I have never shown any anger or distraught with Nigeria nor with any part or region of Nigeria. I will rather pick points on leadership or policies and I will continue to do so.”

The former president said that his records before and after the civil war in Niger Delta Region was without blemish and it was all goodness and goodwill to all the people of Nigeria and Niger Delta.

He said, “But if you take my holding a constitutional position on federalism and reiterating the position of our past constitution – 1963 Constitution as I understand it as anger or grievance against the Niger Delta or Nigeria Delta people that will be a very wrong position to take because until I can be legally and constitutional persuaded, otherwise i will continue to hold my ground.”

According to Obasanjo, the 1963 Constitution did not confer ownership of oil and other mineral resources on any of the then regions.

He insisted that just as the Niger Delta’s oil belong to the Nigerian federation, the minerals in other parts of the country also belonged to the country.

“The gold in Ilesha, Osun State and the lead in Ebonyi State all come under the same law and constitution. There is no part of Nigeria whose interest is not dear to my heart. And stating in your letter that it’s only that interest of the North that I continually hold dear to my heart is the type of Bukah gossip that knowing you as I do since 1975, I am not suprised that you echoed.

“Some of the languages you have deployed to describe me in your letter are offensive, uncouth and I totally and completely rejected them.

“I am not inconsistent, hypocritical, un-statesman, and nor am I anybody’s lackey. You use you own yardstick to judge others. I fear God and I respect those who respect themselves and I hope it is about time you change from a tribesman to a statesman,” Obasanjo said.