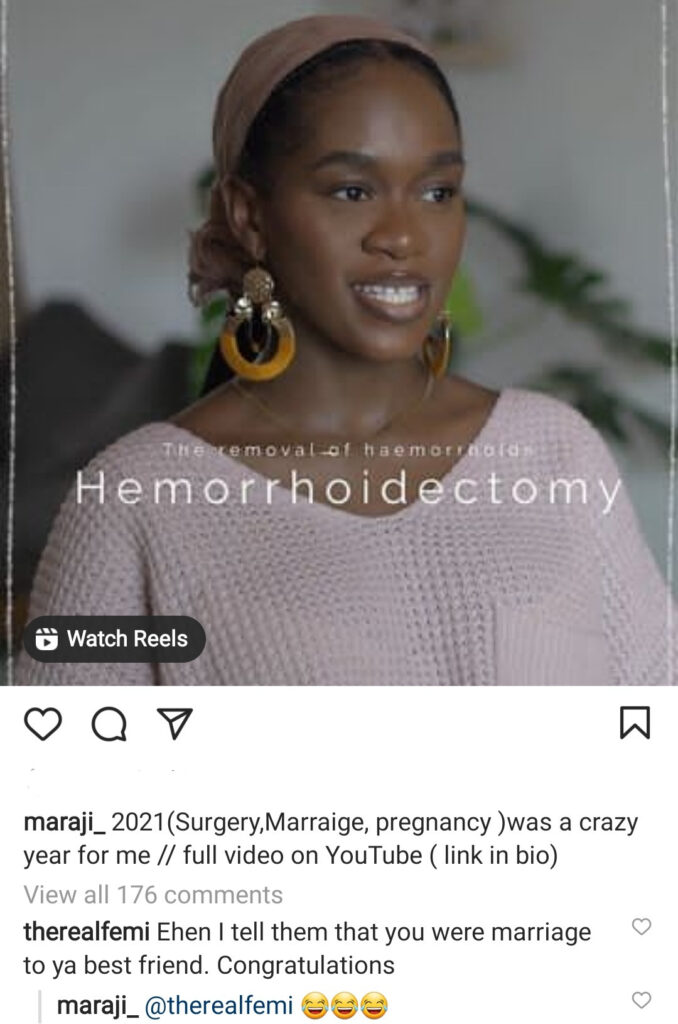 Maraji reveals she got married this year after debuting baby bump

The influencer revealed her baby bump on Instagram a week ago.

In a YouTube video, the comedienne has now revealed that she had an eventful 2021.

She explained that she had a hemorrhoidectomy in the beginning of this year.

Maraji also revealed that she suffers from PCOS.

She added that she got married in 2021 too and is now pregnant with her first child. 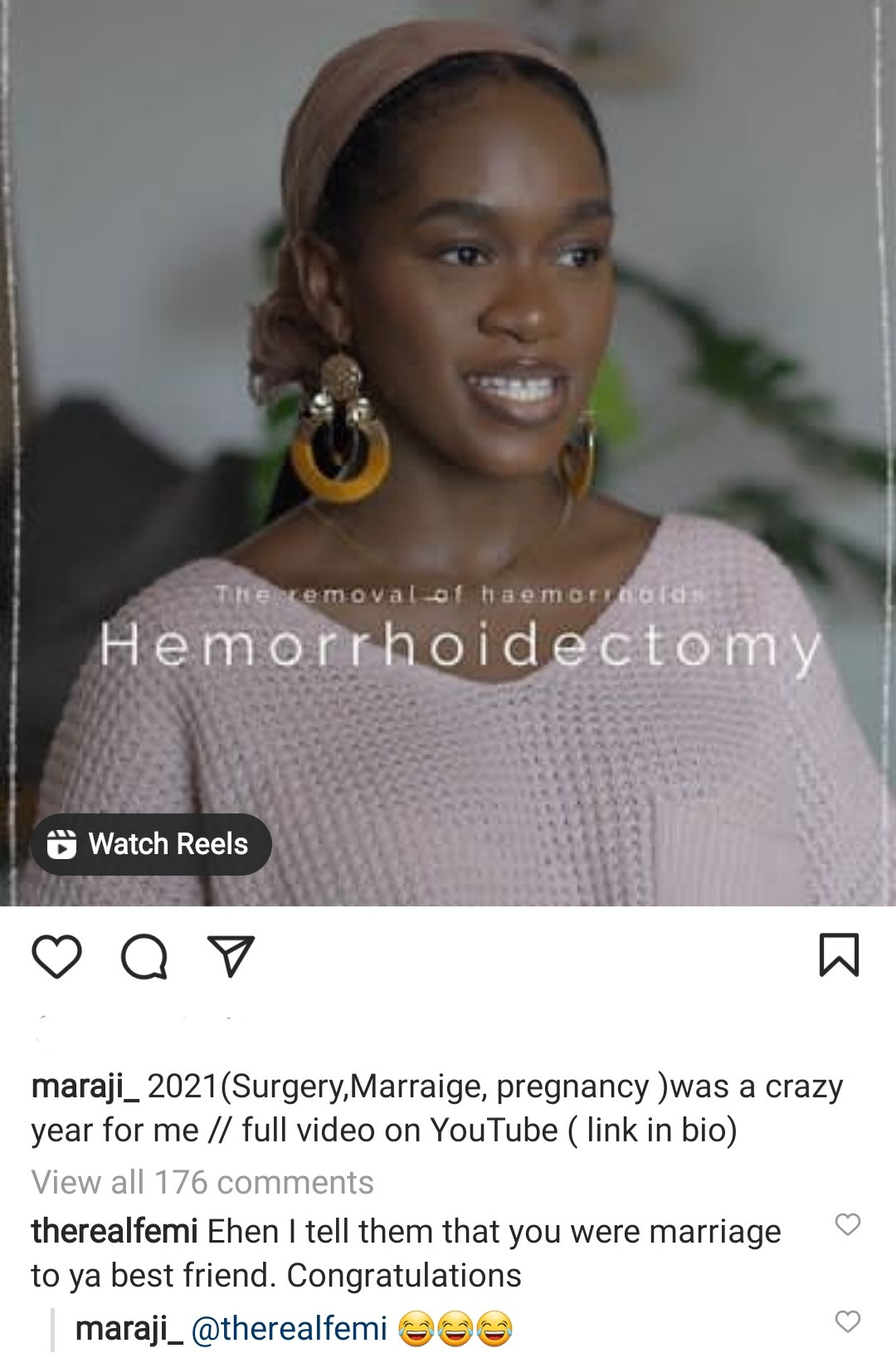 The actress, who used to post regularly on Instagram, took a break for months and recently returned with the an update on what’s been going on in her life.