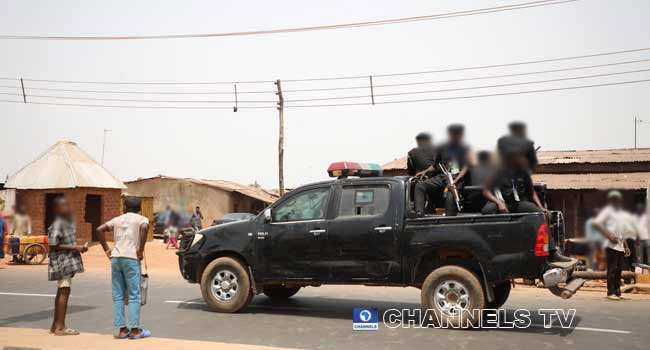 ‘It was a black Sunday,’ Anglican Church condemns Police invasion

The Anglican Church of Nigeria has condemned the invasion of one of its parishes in Imo State by heavily-armed policemen.

Archbishop of Owerri Ecclesiastical Diocese of the Anglican Church of Nigeria, Most Reverend David Onuoha, faulted the action of the security operatives in a statement titled ‘Re: Desecration of St Peter’s Church Eziama Obaire.’

“The officiating priest had barely concluded the celebration and administration of the Holy Eucharist, ready for the end of year thanksgiving when armed men stormed the church. The Nigerian Police later explained that it was for the purpose of effecting an arrest.”

Channels Television had reported that the policemen invaded the church to arrest Mr Uche Nwosu, a former governorship candidate in Imo and son-in-law of former Governor Rochas Okorocha.

Senator Okorocha, in his reaction, decried what he described as the continued arrest and harassment of his family members.

While the state government earlier said nobody can dictate to the police how to effect an arrest, it stated that the mode of operation of the security operatives could have been avoided.

“Much as we are not concerned or interested in the reason for this invasion, which is unprecedented in the more than 160 years history of the church in this state, we are gravely worried and disturbed that worshippers were greatly frightened, worried, confused, and completely disorganised by the presence of heavily armed security operatives in the church service, thereby disrupting the worship of God’s people,” Onuoha lamented.

“That the police jumped inside the church in a Gestapo style when the service was in full session is reprehensible, primitive, and highly condemnable.

“We are at a great loss why the police decided to throw caution to the winds and completely ignore internationally acclaimed rules of engagement and civility in this matter.”

According to the clergyman, the sporadic gunshots outside the church building sent worshippers scampering in different directions, signalling an abrupt and chaotic end of the service.

He stated that the church was in support of security personnel and has always prayed for their success in the daunting task and challenge of securing lives and property in Imo.

Onuoha, however, warned that acts such as the one in question could worsen the security challenges facing the state.

The Church, according to him, will in the next few days engage the police in a dialogue to truly understand the reasons behind the invasion.