I drove alone from Kaduna to Abuja in a dream, so I quickly woke up and prayed – Shehu Sani

Former Senator of the Federal Republic of Nigeria, Senator Shehu Sani has revealed he had a dream that he drove alone from Kaduna to Abuja at night.

Senator Shehu Sani, made this revelation through a post that he shared on his verified Twitter page. According to the him, he drove alone from Kaduna to Abuja at night in a dream, but he quickly woke up from the dream to pray for the Lord’s protection against the principalities along that route.

Recall that, there have been series of killings, kidnappings and destruction of properties going on in the Northern parts of the country, most especially Kaduna State. Just some few days ago, it was reported that not less than 38 people lost their lives in an attack by gunmen in Giwa Local Government Area of Kaduna State.

We have heard countless stories of killings and kidnappings in Kaduna State. No wonder Senator Shehu Sani decided to prayed for the Lord’s protection and against principalities after having that dream. 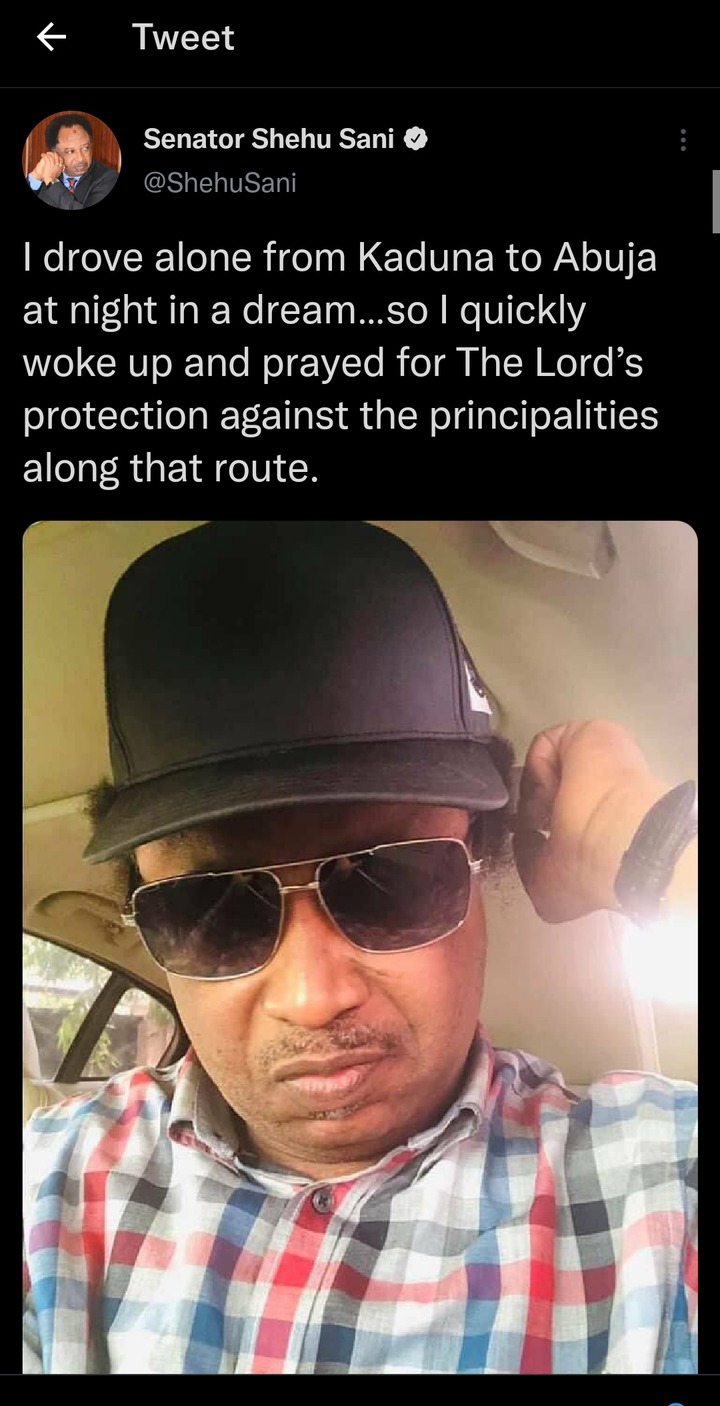 What do you think about Senator Shehu Sani’s dream? Have your say by dropping a comment below.