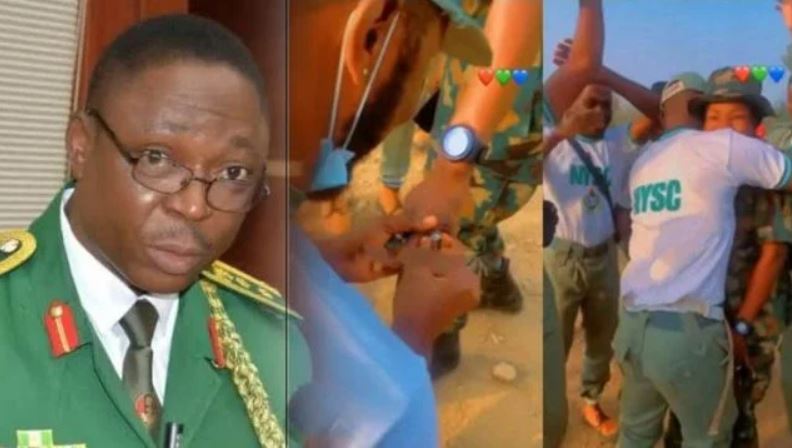 Many elated Nigerians on social media are excited as the Chief of Army Staff, Lt.-Gen. Faruk Yahaya, ordered the immediate release of a detained female soldier, Private Sofiyat Akinlabi.

The COAS ordered that the soldier be pardoned and released on Saturday after 11 days in detention.

She was held on December 14, 2021, after she publicly accepted the marriage proposal of a youth corper simply identified as Remi at the National Youth Service Corps Orientation Camp in Yikpata, Kwara State.

Many Nigerians and civil society organisations had since called for her release and littered social media with photos of male soldiers proposing to their love interests in uniform.

Also, two petitions on Change.org platform calling for her release had attracted over 10,000 signatures.

The family of the corper had also appealed to the military authorities to pardon Akinlabi, saying the duo met three years ago in Abeokuta where they started their love life.

In what appeared as a Christmas gift to the family and many Nigerians, the COAS ordered the release of the romantic soldier on Saturday.

Taking to social media, many excited users hailed the COAS and declared that wedding plans should commence forthwith.

Another user, Onomo Oghenekevwe said, “Good news at last! I want (to) buy asoebi and eat rice. The Army must sponsor the wedding.”

“I will provide men in suit,” wrote Obinna Okoro.