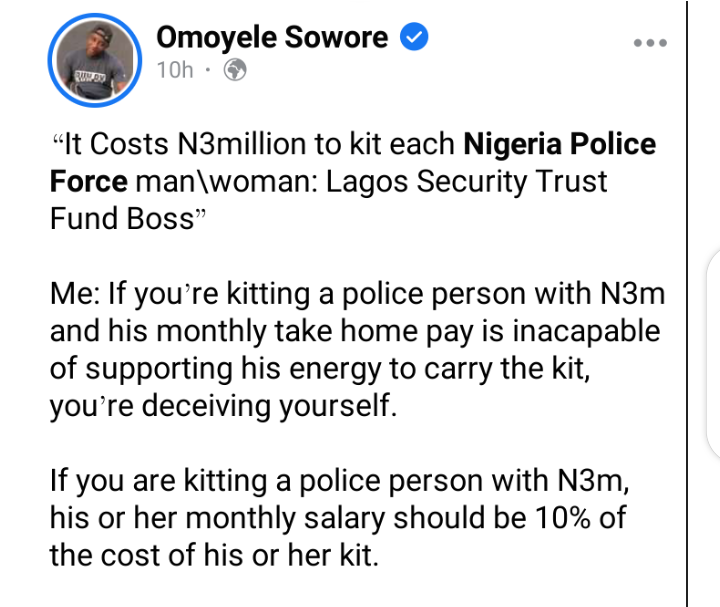 Omoyele Sowore was on his verified Facebook account to react to the cost of fully kitting a policeman.

The executive secretary stated that to fully kit 33,000 policemen in Lagos State alone N99 billion will be spent, Dr Balogun said this is what we have to spend to get a fully equipped and highly motivated police force.

After Omoyele Sowore came across this news he took to his Facebook account to share his thoughts concerning the news, Sowore said we are deceiving ourselves if we kit a policeman with N3 million and his salary is not capable of supporting his energy to carry the kit. Sowore said if a policeman is kitted with N3 million then his or her salary should be 10% of the cost of the kit.

Read what Omoyele Sowore said about the cost of fully kitting a policeman below.