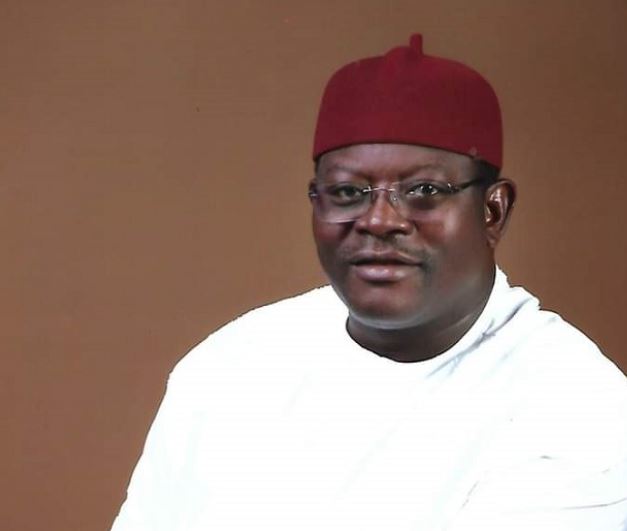 A police source told our correspondence that “Arinze was arrested while driving his Father’s Official vehicle, a Lexus 330 with his Senate official plate number. He was arrested in the vehicle with his friends.”

According to the police, the action of the boy was a breach of protocol as the vehicle could be used to perpetrate crime in the name of the lawmaker.

Meanwhile, another police said the Senator made several calls to effect the release of his son but the officer that effected the arrest, an Assistant Superintendent of police, insisted that the politician’s son and his friends must be interrogated.

“The Senator made several attempts to stop the interrogation of his son by the Police to ascertain his mission and the reason he was driving his father’s official vehicle with his friend but the ASP resisted the pressure. An AIG have even called but the officer isn’t yielding.

“They were brought to the Command and the Commissioner directed the officer to go ahead and interrogate them to know if they have further questions to answer,” he said.