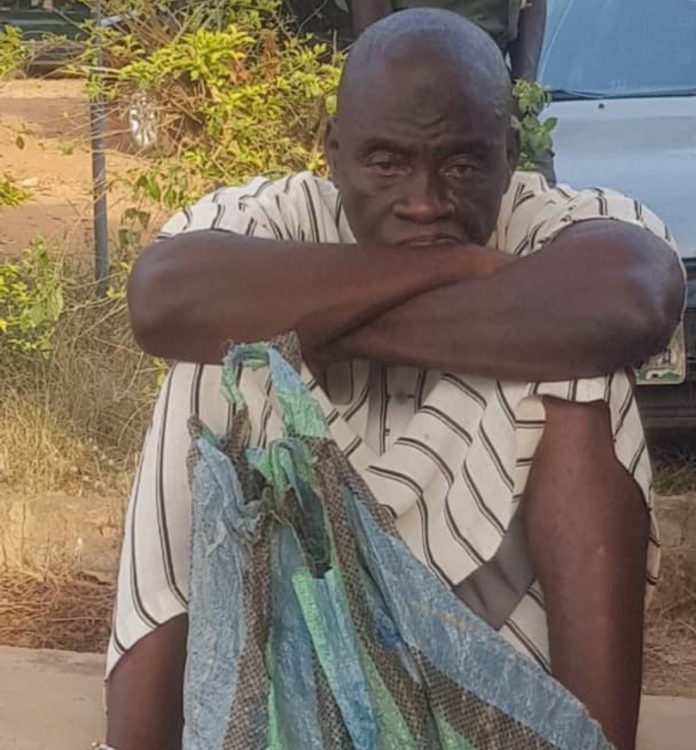 A suspected ritual killer has been arrested by the Ondo State Police Command after he was caught with a fresh human head.

Olayiwola, a native of Osogbo, Osun State who was paraded at the police headquarters confessed of being caught with the fresh human head in his possession.

The Islamic cleric stated that he wanted to use the human skull for a ritual to prosper.

He ordered the head for N60,000, and it was delivered to him at home by a man he met at  on Thursday morning.

Olayiwola was about to commence the ritual when he was arrested.

“This is my first time but I want to do it to become rich and live a better life. The head was delivered to me today,” he said.

Speaking during the parade, the State Commissioner of Police, Oyeyemi Oyediran, said the suspect was arrested by operatives of the command after intelligence report that the suspect was about to receive a parcel.

“On the 23rd of December, 2021, at about 9am, the police received an information that a self-acclaimed cleric named Alfa Tunde Olayiwola, a suspected ritualistic was about to receive a consignment suspected to be human head.

“The police immediately swung into action and the cleric was apprehended at Ajagbale area of Oka in Ondo town.

“A free head was found in his custody. He confessed that the head found in his possession was to be used to ensure he had a better life,” Oyediran said.