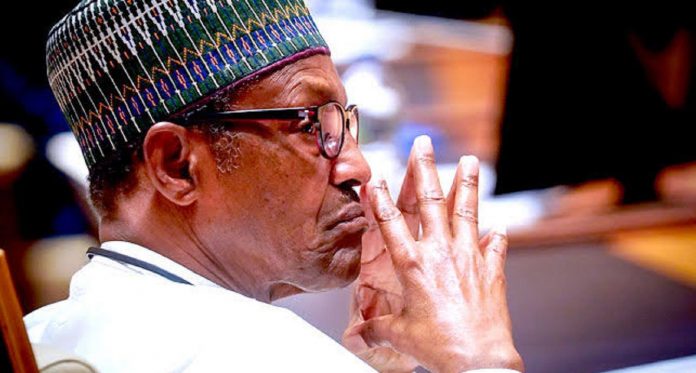 Buhari: The sad chronicles of a failed ‘Messiah,’

Even his most rabid critics could not have imagined that he would reduce Nigeria to a failed state. Six years on, Muhammadu Buhari has achieved the feat with outstanding ease, as the country has, literally and factually, become one whose defining dynamic is anarchy unbound in all its terrifying ramifications.

As the country steadily dissolves into unrelenting chaos, the president, who’s really not a president, continues to channel Emperor Nero of the ancient Roman Empire, who cruelly fiddled while his beautiful capital city was burning.

Buhari has made our worst nightmare about him come true. Those who really knew him had always readily bracketed his name with incompetence and parochialism. But none of them could have thought that Nigeria would become an expansive killing field, painted with the blood of thousands of innocent Nigerians, under his ill-starred, befuddled leadership.

Aso Rock has never hosted a messiah since May 29, 2015, and won’t host any in the next two very challenging years of Buhari’s presidency.

Back in 2015 during his first inauguration as president, he had declared that, “I belong to no one, and I belong to everybody.” That declaration was tangibly hollow even then, which made the inherent falsehood most galling.

Those were not his words because they never came from his heart. They sounded good and noble, and projected a false determination to be a leader of all Nigerians. They were woven into his address to reinforce the myth that he was truly a changed man. One whose notorious dictatorial instincts had morphed to some grudging acceptance, if not admiration, of the beauty of democracy despite its inherent flaws.

But he has since been found out, not by those who knew him, but those who had elevated him to the status of a messiah who would come to rescue and regenerate Nigeria. They have lost patience with his unapologetic fealty to crude nepotism and extreme nativism, as he has presided over the diminution of the country in every respect.

To be fair to him, he never pretended to be, or pronounced himself a messiah. Those who sold his candidacy and swore that he was the answer to our problems, particularly insecurity and corruption, tagged him as the messiah. To every legitimate question about his capabilities and preparedness for the office, they had a robust riposte: “Is that the issue? It doesn’t matter.”

The country is being held hostage by viral insecurity to which the federal government has no solution. The economy is in complete shambles. And corruption is now flying supersonically.

What mattered more to them was ending the presidency of Goodluck Jonathan whom the then leading opposition party, APC, had, through brilliant propaganda, tarred as “clueless” and, therefore, didn’t merit another term in office.

Nonetheless, Buhari basked in the glow of his elevation and celebration as a god. Even the man, who affects the air of asceticism, wasn’t immune to the irresistible draw of intoxicating flattery.

As we all now know, the god has been disrobed. Aso Rock has never hosted a messiah since May 29, 2015, and won’t host any in the next two very challenging years of Buhari’s presidency. Ironically, as the country is drowning in despair and desperation and his star has dimmed considerably, that of the man he succeeded hasn’t stopped rising and glowing.

With his messianic complex stripped bare by his own catastrophic failings as president, the Buhari we see is irredeemably ugly. One who’s mortgaged his presidency to the defense and protection of Fulani militants of all stripes. He speaks for them. He pampers them. He even bribes them with multi-billion naira schemes like RUGA (rural grazing areas) and National Livestock Transformation Plan.

He’s president of only those he identifies with, and who see him as exclusively their own.

He’s proven beyond any doubt that those noble words he proclaimed at his first inauguration were alien to him. He’s president of only those he identifies with, and who see him as exclusively their own. How else could Miyetti Allah be so emboldened to constantly stoke the fires of ethnic strife and threaten anyone who stands in their way without even a mild tap on the wrist by the presidency?

Just months after he uttered those words that excited the faithful and gave false hope to the borderline sceptics, he disowned them. At a media briefing during one of his foreign trips, he complained of the unfairness of being required to treat all Nigerians equally. He said he shouldn’t be expected to treat ‘those who gave me 97 percent support like those who gave five percent’. It was at that moment the real Buhari emerged again, and he’s never looked back since then.

As more and more Nigerians, disgusted by his utter lack of leadership in any sense of the term, round up on him, he’s retreated further and further into himself. Occasionally, he emerges from his cocoon for photo-ops with local and foreign dignitaries and to meet with some of his officials. He doesn’t live with us or among us. He lives above us, splendidly ensconced in his intellectual and moral vacuity.

No one can seriously argue anymore against the overwhelming evidence of his failure and unfitness for the office he had craved for so long. The country is being held hostage by viral insecurity to which the federal government has no solution. The economy is in complete shambles. And corruption is now flying supersonically. All we hear from the presidency are numbing platitudes about intention with no effective, remedial actions to stem the country’s implosion on all fronts.

Buhari and his party promised ‘change’ in 2015 and ‘next level’ of the same change in 2019. But what we’ve got in the last six years is all-round regression and more of the president’s debilitating inertia and deplorable incompetence. His lack of any serious engagement with the challenges that have powered the country to the valley of a failed state, has continued to plumb new embarrassing depths. And there’s no reprieve in sight for a despoiled nation and his battered people.

“We’re fucked!”, as one prominent Nigerian said in exasperation after he met with the president in 2017, and came out completely deflated and alarmed by his remoteness and poor mental capacity.

So as we assess the last six and contemplate the next two years of the worst government Nigeria has ever had, we can only hope it survives all the mortal blows being ceaselessly inflicted on it. And Nigerians don’t ever forget to learn useful lessons from the sad chronicles of the failed ‘messiah’.

Any nation that has the misfortune of being led by an insular, mendacious president with a provincial mindset inevitably ends up in existential crises, as Nigeria has experienced in the past six years. President Barack Obama had warned, “elections have consequences.” Nigeria is today a clear manifestation of that timeless maxim.

• Mr. Nosa Igiebor is a celebrated Nigerian Journalist and Publisher of Tell Magazine