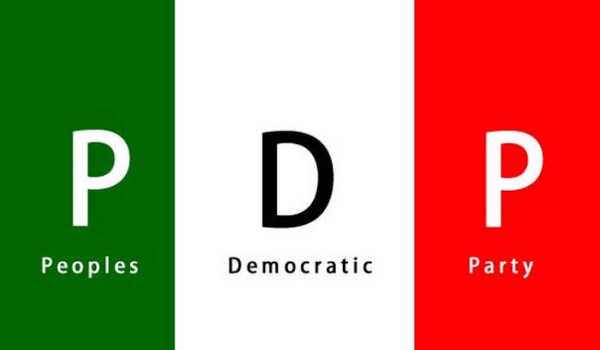 The National Assembly forwarded the electoral bill to Buhari for assent on November 19.

The President in a letter addressed to the Senate President, Ahmad Lawan, on Monday explained why he withheld assent to the contentious bill.

In the letter, Buhari said signing the contentious bill into law would plunge the country into legal, financial, economic, and security crises.

However, in a statement issued by its National Publicity Secretary, Debo Ologunagba, the PDP urged Nigerians, including civil society organisations, the international community, and all lovers of democracy across the world to mount pressure on the National Assembly to see that the bill becomes law.

The party claimed that the APC was uncomfortable with the planned electronic transmission of results during the elections.

The statement read: “APC has been in trepidation of the amendment to the Electoral Act, due mainly to the provision of electronic transmission of election results, which will completely eliminate APC’s manipulations and alteration of results at elections.

“It is imperative to remind Nigerians of how the APC, in collusion with their leaders in the National Assembly, fought hard to stop the electronic transmission of results provided in the bill but were resisted by Nigerians, supported by the courageous action of the PDP caucus in the House of Representatives which staged a walkout only for the APC to orchestrate controversies and set the stage for the withholding of assent by Mr. President.

“The main reason for this manipulation of the legislative process by the APC is to prevent the electronic transmission of results so that it can continue in its culture of rigging and electoral impunities including alteration of results at collation, ballot box snatching, destruction of data among others; just to cling to power against the will of Nigerians.

“Such is consistent with the APC’s well-known machination against every genuine effort to instill credible, transparent, free, and fair elections in Nigeria in the last six years.

“Having been rejected for its failures and having also self-decimated its structure across the country, the APC has completely lost the capacity and goodwill for electoral contest and as such seeks every means to subvert any process that can guarantee credible elections in 2023.

“The subversion of the passage of the Electoral Act amendment bill by the APC further validates the fact that the APC is averse to the aspiration of Nigerians and does not believe in democratic principles of credible elections.

“Our party, therefore, calls on all Nigerians, civil society organisations, the international community, and all lovers of democracy across the world to rise up and put appropriate pressure on the APC-led National Assembly to immediately do the needful so as to safeguard our democracy by ensuring that the basic principles of a transparent, credible, free and fair mode of conducting elections are guaranteed and sustained by law.

“The PDP cautions the APC to note that no matter their machination, Nigerians are determined to pursue the electronic transmission of election results to its logical conclusion and that there is no going back in their resolve to vote out the APC in 2023.”