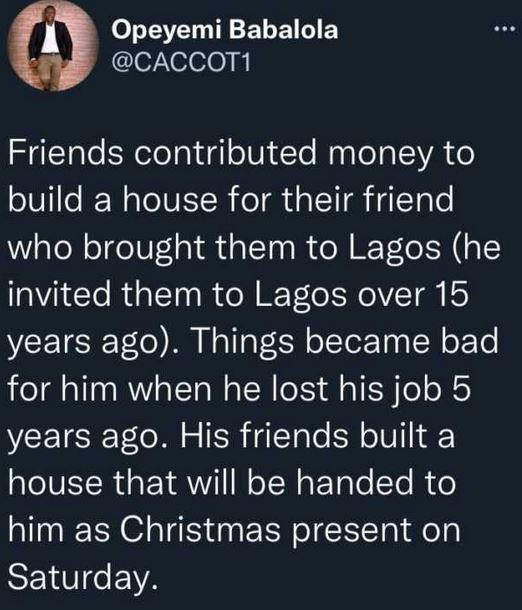 After Losing His Job, Man To Receive House As Christmas Gift From Friends He Brought To Lagos 15 years ago

A man who brought his friends to Lagos 15 years ago is set to receive a surprise as an appreciation gift for his benevolence.

According to a Twitter user identified as @caccot1, narrated that friends of the man in question planned to surprise him with a house as a gift for bringing to Lagos 15 years ago.

The thoughtful gift came from his friends following the loss of the man’s job for the last five years.

“Friends contributed money to build a house for their friend who brought them to Lagos (he invited them to Lagos over 15 years ago). Things became bad for him when he lost his job 5 years ago. His friends built a house that will be handed to him as Christmas present on Saturday,” the user wrote.