Fast-rising singer, Portable has apologized to his benefactors, Poco Lee, Olamide, and his manager, Kogbagidi for his recent social media outburst.

KanyiDaily recalls that Portable had called out Poco Lee for allegedly trying to rip him off his credit for their hit track, Zazoo Zeh. On most streaming platforms, the record is credited to “Poco Lee X Portable X Olamide.”

In the video shared on his TikTok account, Portable also claimed that when Olamide brought him on stage to perform ‘Zazoo Zeh’ at the Livespot Festival, Wizkid sprayed him $3000, but Poco Lee only gave him $600.

A few hours later, Kogbagidi, who manages Portable’s affairs, took to his Instagram page to post a video of himself, sending the singer out of his house and seemingly cutting ties with the artist.

Since then, Nigerian celebrities like Olamide, Yomi Fabiyi, Slimcase and more have been pleading with the manager to forgive his erring ward.

In a new video shared on his Instagram page, Portable went down on his knees and apologized to Kogbagidi and Poco Lee for the outburst, saying that he is in a learning process but he now knows better.

He wrote, “My sincere apologies goes out to my benefactors @olamide @poco_lee and @kogbagidi . I am in the learning process, I know better now. Kindly forgive me and pardon the street in me.

“Much love and appreciation to all my fans, words cannot express my feelings right now. Thanks for the intervention and words of comfort. Now I know am not in this journey alone. Love you guys . I will never let you down again. Expect more from your boy. Zeh nation !🙏🙏🙏🙏🙏💯💯💯💯👊🏿👊🏿👊🏿👊🏿”. 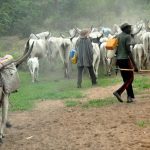 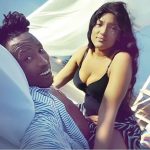 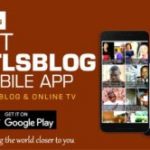 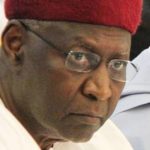