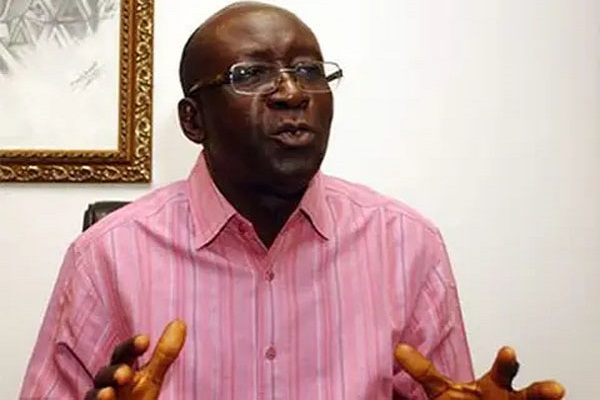 National chairman of the Peoples Democratic Party (PDP), Senator Iyorcha Ayu, has said the party would not tolerate members who work against it after losing primaries.

Ayu who stated this at the party’s National Working Committee (NWC) reconciliation meeting with the stakeholders from Ekiti State yesterday night in Abuja, said PDP lost elections because its leaders and followers fought one another.

“So, you have a responsibility to support him. Anybody that does otherwise will be considered as working against the PDP. It will be regarded as anti-party.

“The mood of the PDP today is that anybody who works against the PDP will not just walk away because we do not want members of our party fighting against members of the party.

“We lost the election because the leaders in various states and the followership were divided, with PDP winning or losing against PDP. That trend has to stop.

“We are very certain that the reconciliation process which we are going to carry out in virtually every state will enable us to unify the party at the ward, local government and state levels.

“We believe that as a family, as a party today, that no single individual can go out there and win an election, even if you are a governor.

“The governors must work with their colleagues, critical stakeholders right from the ward. Every other party leader in every state must be prepared to work as a team player, because party politics is like football, it is not tennis is a team game.

“It is only when you work as a team that you are assured of victory,” Ayu said.

Others include 17 PDP governorship aspirants for the state election holding in June 2022.