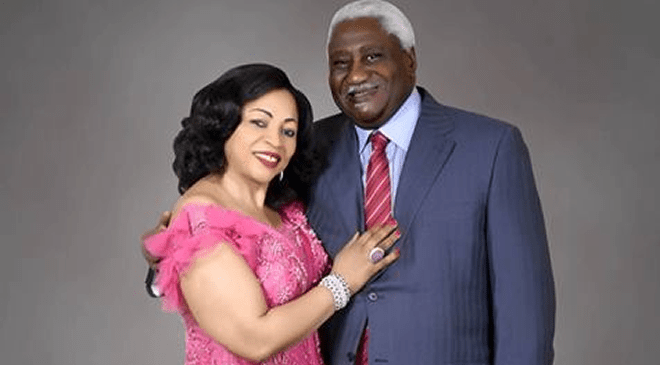 Modupe Alakija, the beleaguered husband of billionaire businesswoman Folorunsho Alakija, assumed the poise of a beautiful bride, sniffing down his nostril at mortals beneath his gaze like a human giraffe.

He paraded himself as the closest thing to a tin-god, to the point where friends and business associates, albeit reluctantly, worshiped the ground upon which he walked.

Yes, Alakija, like all man-made deities, stopped resembling a ‘god’ or something resembling one after he was suspended a few days ago by Lagos’ prestigious Ikoyi Club for assaulting a fellow member.

According to reports, he has put the unpleasant situation behind him and is cursing his luck for venturing into the unknown territory of pugilism.

We heard that his victim, a prominent member of the club, was ‘rude’ to Alakija, which enraged him. Alakija is said to have approached him, spitting into the air and accepting it with measured cadence.

Then he stunned him with a blinding slap in the manner that only Anthony Joshua would deliver blows to an opponent. Still stinging from the scathing slap, the man retaliated with ferocity against Alakija, who had least expected it.

The man was soon on the floor, being pummeled from all sides. He’d been to hell and back by the time he was freed from Alakija’s vicious grip, sucking for air where there wasn’t any.