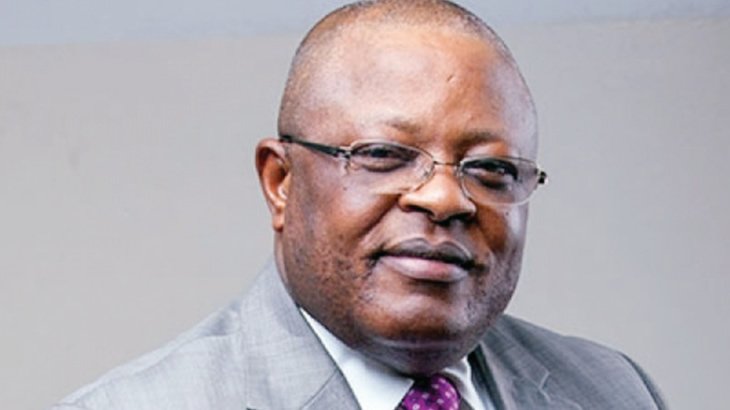 The Chairman of the All Progressives Congress in Ebonyi State, Chief Stanley Okoro-Emegha, has described the relentless attacks on Governor David Umahi as a sign of frustration and greatest nightmare of the Peoples Democratic Party in the state.

Okoro-Emegha stated this on Saturday while reacting to the PDP’s recent attacks on Umahi.

According to him, the PDP had no clue on how to play opposition, real reason Governor Umahi, was the center of its factional State Executive Committee meeting held on Friday.

He said, “It is most pathetic that  Ebonyi PDP hardly gathers anywhere without mentioning the name of the Governor of Ebonyi State, David Nweze Umahi. And this is a clear indication that they have been suffering and feeling the exit of Governor Umahi from their evil enclave. I laughed at them when I read online the invectives spewed on the governor by a baby factional Chairman of the PDP in Ebonyi, Mr Toochukwu Okorie, during the meeting.

“The accusation of running a cruel and brutish government is baseless as Governor Umahi is the most democratic governor in the country. His empathetic, humane and altruistic nature have endeared him to many. For instance, he won the best performing governor’s award in 2019 from SUN Newspaper. He also won 2019 Human Right Award, just to mention but a few.

“I appreciate the PDP for acknowledging that they are deeply troubled by the governor’s exit from their party. I wonder how the same party will win election in 2023, in Ebonyi State. My party’s accomplishments from 2015, to date have already forced them into extinction.”

The APC chairman added, “What Ebonyi PDP should understand is that Umahi is a visionary leader and no amount of their cries would make him go back to Egypt. Umahi is that great leader an American professional speaker, Pastor John C. Maxwell talked about: he “knows the way, goes the way and shows the way”. He knew that the way to the liberation of Ndigbo is APC. He knew that connecting to the mainstream of Nigerian politics is a panacea to the marginalization of Ndigbo.

“Essentially, Umahi is the one who collapsed PDP in the country. Immediately he left the party as the pillar, Governor Ben Ayade of Cross River joined him. Governor Bello Matawalle of Zamfara state joined, too. So many National Assembly Members and State Assembly Members in different states equally defected. They all defected with their teeming supporters.

“I, therefore, enjoin the good people of Ebonyi state to disregard any accusation coming from Ebonyi PDP against our award-winning governor, as the PDP has gone into oblivion.”