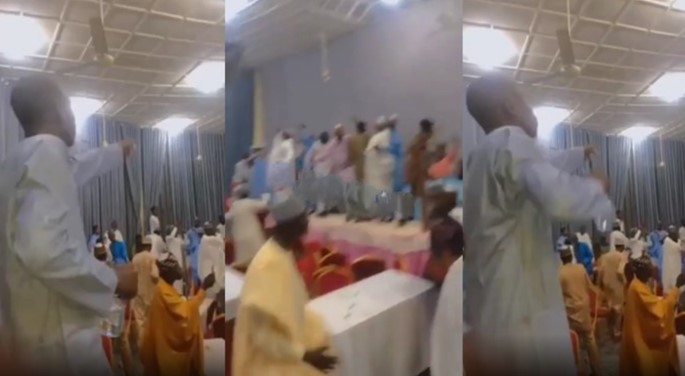 Some Arewa youths were caught on camera at an event singing and dancing energetically to a popular song “Alcohol” by Nigerian singer, Joeboy.

In the viral video, the youths could be seen vibing to the song while pouring drinks into their mouths, in an attempt to mimic the TikTok trend of people engaging in the Alcohol challenge.

The video has sparked mixed reactions among social media users who find it hilarious, while others jokingly said that the Islamic police, Hisbah, would soon make their way into the venue because of the alcohol.

Hisbah corps is known for confiscating crates of beer worth millions of naira from sellers in Northern Nigeria, claiming that the sharia law is against the sale, consumption, and possession of alcoholic substances.

KanyiDaily recalls that Joeboy had recently addressed those accusing him of encouraging alcoholism and drunkenness with his hit song “Alcohol”.