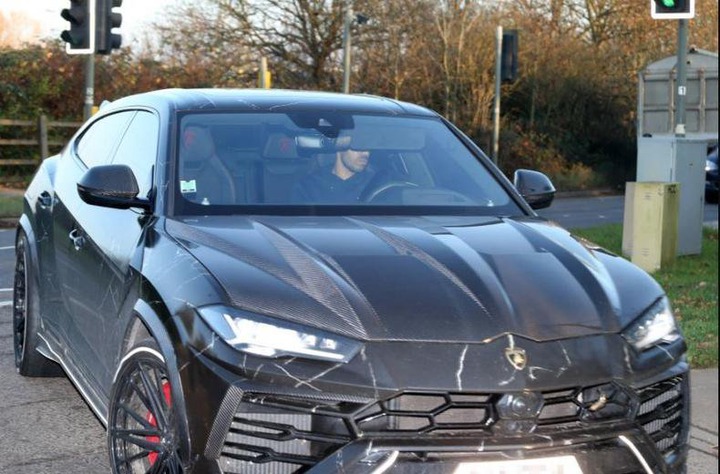 The Gabonese forward was one of the first players to turn up to training.

Pierre-Emerick Aubameyang was spotted arriving at the Arsenal training grounds as early as possible.

This was the first time Aubameyang was spotted since he was stripped of the captains’ band by manager Mikel Arteta.

Following a disciplinary breach, Aubameyang missed the Premier League clash against Southampton and Arteta made the decision to remove him as captain.

Aubayemang an hour and a half before any other player arrived and was spotted in his sleek Lamborghini rolled into Arsenal’s London Colney base.

The 32-year-old was missing in the Gunners midweek 2-0 home win against London rivals West Ham.

Arteta has stated that Aubameyang will not be available for selection when Arsenal travel to face Leeds United in a Premier League clash scheduled for Saturday, December 18, 2021.

When Arteta was asked about Aubameyang’s involvement in the next game also in the future he said, “No, he is not available for this game.”

“He is not available for this game.”

Last week a late return from an authorized trip was his latest offense. Aubameyang had two disciplinary incidents to start the year.

According to several reports, ahead of the Gunners’ North London Derby against Tottenham in March he received a slap on the wrist.

There are reports now linking him Aubamenyang with a move to Spanish La Liga giants Barcelona.

This is after Argentine striker Sergio Aguero had to retire after a heart attack.

Aubameyang’s future is now up in the air as his time with the Gunners seems to be up.