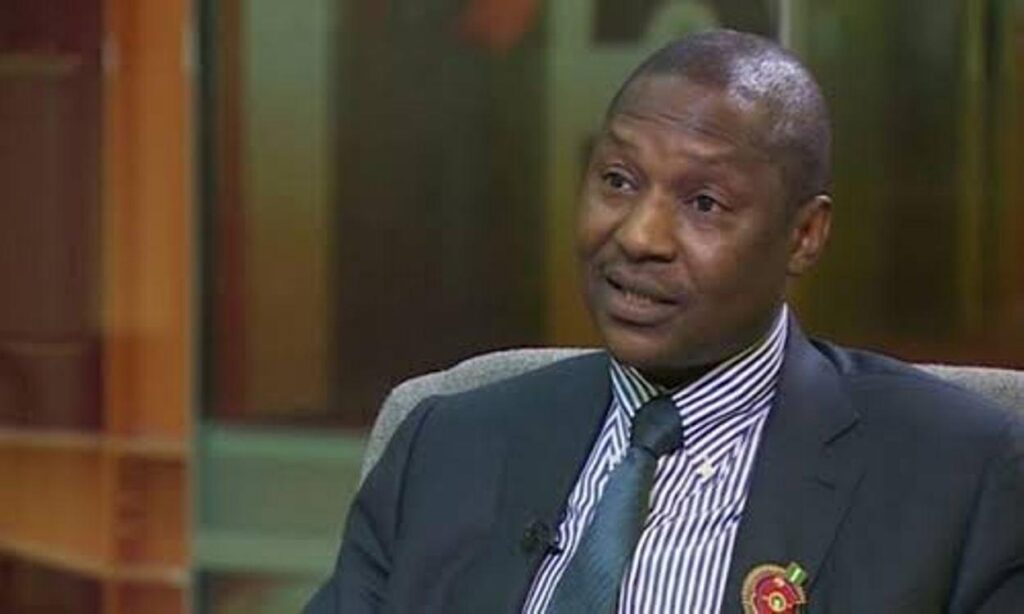 Attorney-General of the Federation, Abubakar Malami (SAN) has kicked against direct primaries included in the Electoral Act amendment bill.

He wrote a letter to the President Muhammadu Buhari, listing the problems inclusion of mandatory direct primaries in the Electoral Act amendment bill might cause.

The AGF’s letter on the amended Electoral Act bill was received by the President two weeks ago, and this was confirmed by Special Adviser to the President on Media and Publicity, Garba Shehu.

Shehu who revealed that he is not privy to the content of the letter, told Punch;

“Yes. I can confirm that the President has received a communication from the honourable minister on the matter but honestly, I am not privy to the content of the communication. I have not been briefed.”

A source at the ministry of justice told the publication that Malami informed the President that making direct primaries mandatory for all political parties could cause confusion.

“The AGF has sent his advice on the Electoral Act amendment bill to the President.  He has highlighted the problems of the bill.

“The AGF, however, did not quote any section of the law that makes it illegal which is unlike the previous letters he writes to the President.”

Another source in the AGF’s office, confirmed that Malami wrote a letter to President Buhari on the amended electoral bill.

The source said the AGF was worried that forcing all parties to adopt the direct mode of primary would mean that all existing parties would have to change their constitutions.

“The office of the AGF sent its position two weeks ago. They raised a number of issues. For instance, if you are asking political parties to run direct primaries, from a strictly legal point of view that would mean that only new political parties will be bound by the law.

“Existing political parties will not, because they have registered their parties, they have filed their constitution long time ago on the basis of what is contained there. And most of it is a mixture, if you check the parties, direct and indirect primaries are stated.

“So, are you going to change their constitutions for them? So, this is the legal opinion. But this is just one. There are several other legal positions which favours and disfavours the bill because, as the Minister of Justice, his duty is to tell the president the pros and the cons. It is now up to the President to decide on which way to go.”

Spokesman for the AGF, Dr Umar Gwandu however said he’s not in a position to confirm the development.

“The Honourable Attorney-General of the Federation and Minister of Justice is attending the 2021 United Nations Conference of State Parties on Anti-Corruption currently holding in Egypt.

“I am not in a position to confirm whether any opinion has been proffered by the Honourable Attorney General of the Federation and Minister of Justice over the Electoral Act amendment bill. I cannot ascertain the veracity of your claims at this moment.”