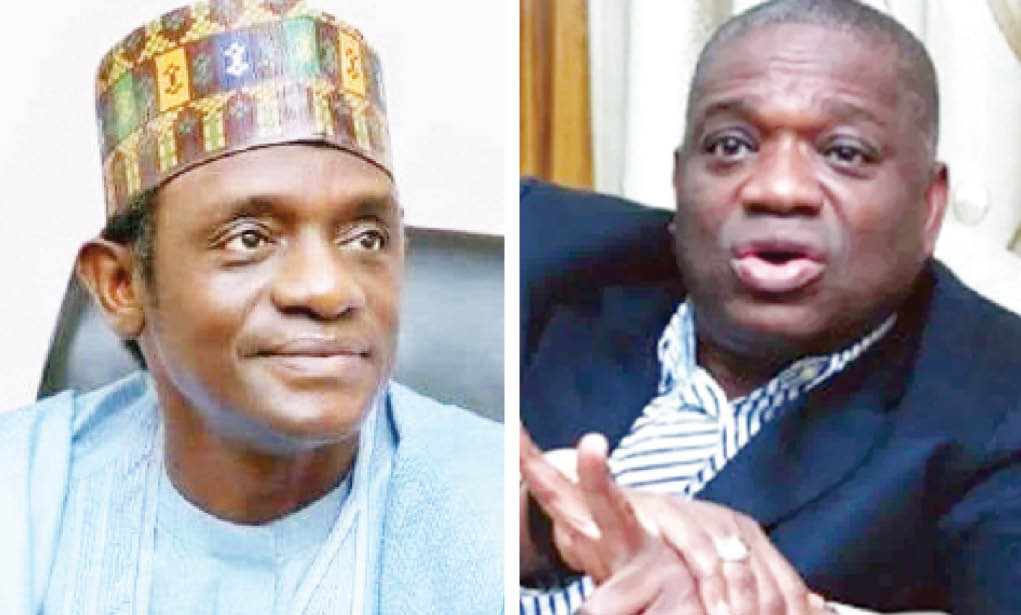 Chief Whip of the Senate and former governor of Abia State Senator Orji Uzor Kalu has asked the Caretaker/Extraordinary Convention Planning Committee of the All Progressives Congress (APC) to postpone the proposed February national convention of the party.

He said the convention and presidential primaries should be held the same day ahead of the 2023 general polls.

The top echelon of the party recently met with President Muhammadu Buhari at the State House in Abuja, where February 2022 was fixed for the convention.

But no specific date was mentioned amidst intense crisis in some state chapters of the party.

The Governor Mai Mala Buni-led caretaker committee has been running the party since June 2020 and is expected to organise a convention where a new crop of National Working Committee (NWC) members would emerge.

But in a letter titled, “Urgent appeal for postponement of APC national convention”, dated December 13, 2021, addressed to Buni, Kalu said the convention should be postponed following internal crisis in the party.

He argued that holding the convention in February would lead to implosion if the issue of zoning was not properly handled.

Part of the letter reads: “However, it is pertinent to note that, some states are embroiled in crisis with multiple factions. These factions are not new to our politics, especially since the return of democracy in 1999. However, it is important to put into consideration, the consequences of these factions during and after elections.

“It is important to remind you that the ignoble creation of factions in our party in Rivers and Zamfara states cost the party the governorship elections in those states. APC also failed to field candidates in some senatorial districts in Cross River State thereby helping the opposition Peoples Democratic Party (PDP) to victory.

“Similarly, the creation of factions denied the party victory in so many states because the crises were never settled. As a peaceful and tactful leader, I am sure you wouldn’t allow such scenario to reoccur.

“It is important to first postpone the convention with all peace and reconciliation machineries fully put in place. The issue of zoning should be properly handled with even representation across the six geopolitical zones.

“In conclusion, I am suggesting for a simultaneous event of having the presidential primary and election of National Working Committee (NWC) members on the same day and venue to avoid rancour and litigations,” he said.

Contacted for comment, APC Deputy National Publicity Secretary Yekini Nabena told Daily Trust in a telephone chat that “All issues will be resolved before February. So for now, the proposed February date for the convention stands.”

Top contenders to the office of APC national chairman yesterday met in Abuja, at a summit with the theme ‘APC beyond 2023: The task ahead, the role of stakeholders’ where they resolved to slug it out at the convention. No aspirant agreed to step down for another.

Yari said he has the capacity to make a difference in the leadership of the APC and navigate the party to victory in 2023.

“The issue of domination, of course, governors must dominate the party. Why? Because they are the Alpha and the Omega and they are the financers but we have to change the narrative,” he said.

Also speaking, Akume, who was represented by a former minister of state for Niger Delta Affairs, Sam Ode, said he would unite the party and propel it to win elections beyond 2023.

On his part, Tanko Al-Makura said, “By the special grace of God, if I become the national chairman, I would ensure justice, I wish to ensure fairness and I will ensure a level playing field for everybody and ensure also internal party democracy and reward system.”

Some groups of the APC in Plateau State and other parts of the North Central have called on the party’s chairmanship aspirants from the zone to shelve their ambition and give room for the emergence of a president from the zone in 2023.

One of the leaders, Saleh Mandung Zazzaga, who briefed newsmen at the end of their meeting in Jos, on behalf of other stalwarts, said the zone should not go for any other position apart from the presidency.

Similarly, the North Central Political Working Group (NCPWG) has called on APC leaders from the zone to reject the slot of national chairman and demand the presidential ticket.

Rising from their emergency meeting in Abuja, the National Coordinator of the group, Chitar Gunde, told newsmen that the “plot” by the APC to deny the North Central the presidential slot by zoning the chairmanship seat to the region will be resisted.

Meanwhile, state chairmen of the APC yesterday passed a vote of confidence on the chairman of the party’s caretaker committee and Yobe State governor, Mai Mala Buni, saying they would resist any attempt to derail his leadership of the party.

The state leaders of APC said they have “resolved that any sponsor of crisis in our party should desist from that because the state chairmen have resolved that they will not tolerate such sponsorship and if we know we will do the needful in our various states before the national will hear about it.”

Addressing a press conference yesterday at the APC National Secretariat in Abuja, the spokesman of the Forum of APC State Chairmen, Prophet Jones Ode Erue, urged the party to deliver on its mandate.