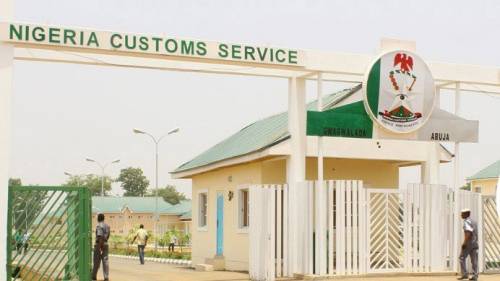 The Coordinator of the patrol team comprising Kwara, Niger, Benue and Kogi states, Comptroller Olugboyega Peters, disclosed this at a press briefing at the zonal headquarters of the Nigeria Customs Service, Ilorin, Kwara State, on Wednesday.

Peters said the ammunition was packed in 22 bags, adding that it was further concealed in two black Bagco sacks (a type of bag produced by the Nigerian Bag Manufacturing Company Plc) in a J5 bus.

He said, “Based on an intelligence report, the sector intercepted a commercial J5 bus around Adikpo Junction, Benue State, heading for Taraba State. On searching the vehicle, two black Bagco sacks were found to contain pump-action cartridges suspected to have been smuggled into the country.

“The ammunition, driver and the suspect were arrested immediately and brought to Sector 3 headquarters, Ilorin, Kwara State, and after preliminary investigation, as the law of jurisdiction demands, they were all handed over to the Nigeria Police Force, Benue State, for further investigation.”

Peters said it was further discovered that the vehicle was coming from Onitsha in Anambra State and heading for Taraba State.

Between August and December, his team recorded 49 seizures with a duty paid value of N29.273m, he noted.

Also according to him, the seized items included 1,251 jerrycans of 25 litres each of PMS; 751 bags of foreign parboiled rice; nine used vehicles; seven bales of second-hand clothing, and one motorcycle used as a means of conveyance of PMS and also used in smuggling surveillance, as well as 550 pump-action gun cartridges.

He said 17 suspects were arrested with the smuggled items.