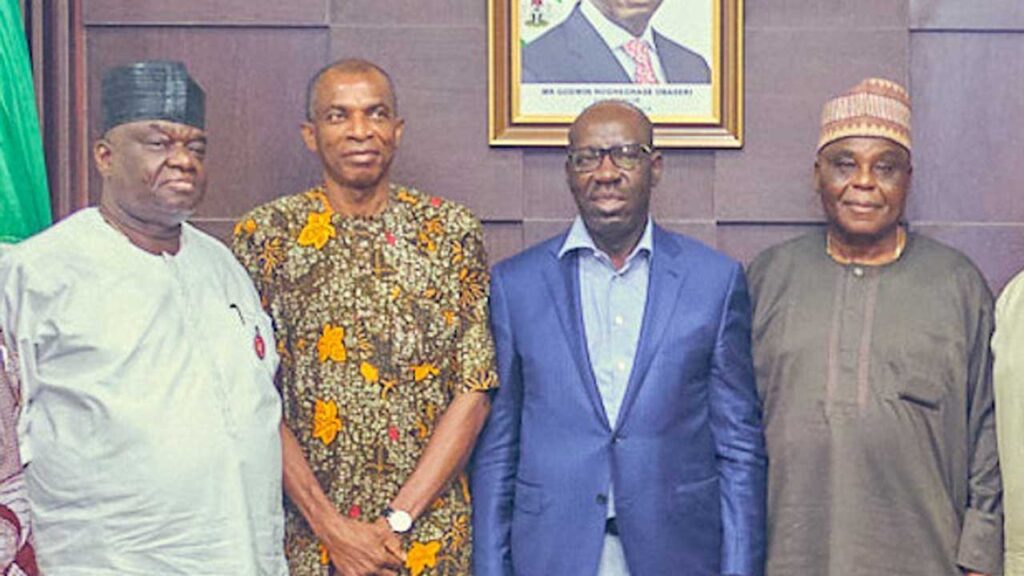 Only PDP, Atiku can save Nigeria, says Obaseki 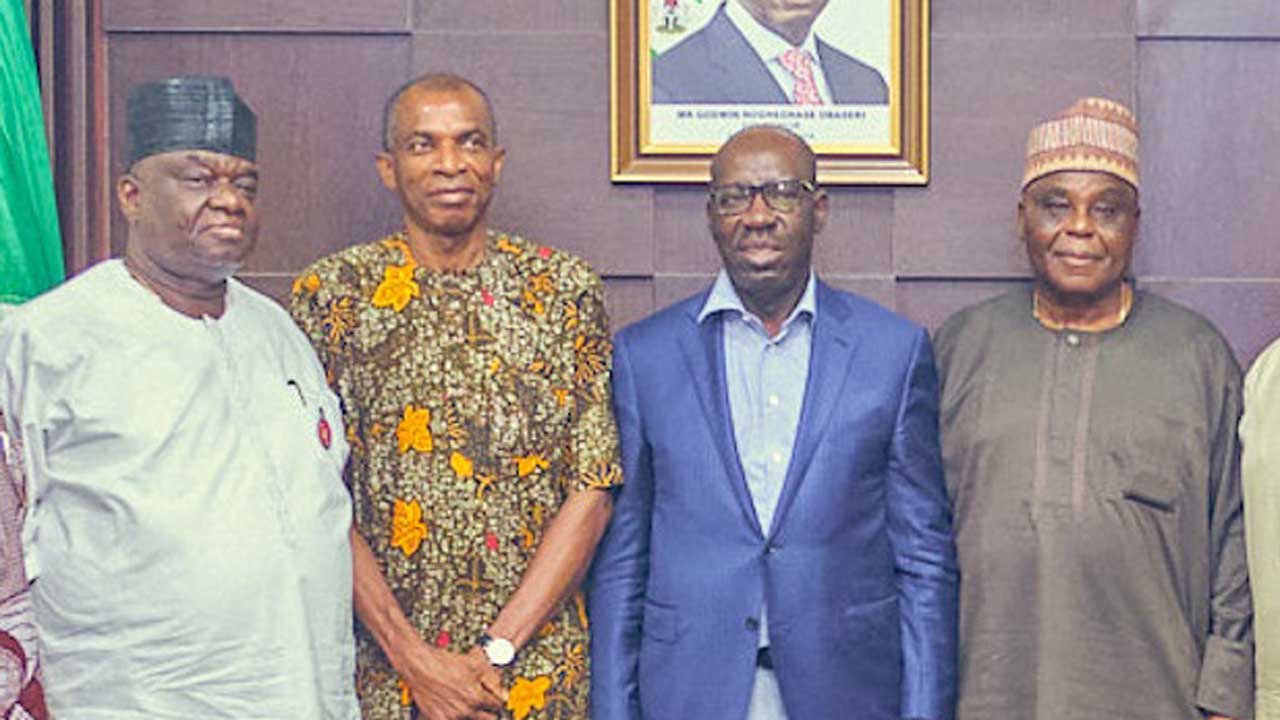 •As Wike accuses FG of setting Nigeria 20 years backward
Edo State Governor, Mr. Godwin Obaseki, has declared that only the Peoples Democratic Party (PDP) can rescue Nigeria and place it on the path of economic prosperity and sustainable development.

Obaseki stated this when he received members of the Atiku Support Group, led by Chief Raymond Dokpesi, on a courtesy visit to the Government House, Benin City.

Obaseki said: “If Nigeria is going to be salvaged, PDP has to step into the throne to salvage this country politically. The stakes are too high; we cannot allow Nigeria to continue the way it is going.

“I don’t just see how we can continue to be deceiving ourselves. We try to prevent the country from growing by limiting and restricting imports, coming with all forms of phantom excuses to limit people from buying and importing what they cannot produce and need to live.

“On the other hand, they are restricting foreign exchange availability; they are just throwing millions of Nigerians into poverty.”

Obaseki described Atiku as a Nigerian committed to the country, saying his achievements are visible.

“He is eminently qualified to contest the position of President of Nigeria and as you know, at the end of the day, power ultimately comes from God,” he said.

In his response, Dokpesi commended the governor for his giant strides and transformational projects since he assumed office.

He noted that the country has never been so divided as a nation and that everybody now refers to it as the poverty capital of the world.

“All the indices clearly show that we are a failed state,” he added.

Wike urged Nigerians to be more careful in their choice of who to entrust with the responsibility of governing Nigeria.

According to Wike, this is because the APC-led Federal Government has set Nigeria 20 years back in just six and half years.

Wike made the assertion, yesterday, at the inauguration of the Rivers State Government Safe Home performed by the Akwa Ibom State Governor, Udom Emmanuel, in Borikiri, Port Harcourt.

The governor, in a statement signed by his media aide, Kelvin Ebiri, said: “The other people (APC) are only fighting themselves about direct primaries and indirect primaries. We (PDP) are busy delivering dividends of democracy. You can see, the difference is clear.

“Your Excellency, I’m happy you’re the one who has come because you’ve invited me severally to Akwa Ibom State to commission projects. I’m happy and I want to say to everybody that PDP governors are doing very, very well.”

“So, we must be careful in dealing with those who are not serious. A party that is not serious, that has set our country 20 years back. We must be very careful.”

He explained that the services at the Safe Home should also be available to victims of violence and not women alone.

“So, Let us not think that it is only for women. It is also for young boys who are also assaulted so that they can also have some psychological debriefing.”

Emmanuel, noted that Wike had blended ideas, creativity with available financial resources to achieve his landmark infrastructural development, while also catering to the needs of the vulnerable in the state.

“There is no single time you come to Rivers that you won’t see a construction site where people are working,” he said.

Describing the project, the Commissioner for Social Welfare and Rehabilitation, Inemi Aguma, said there is no facility like the centre in Nigeria.

Aguma pointed out that the centre is a one-stop facility that provides victims of domestic violence with access to justice, shelter, medical reference and prepares them for reintegration into society.