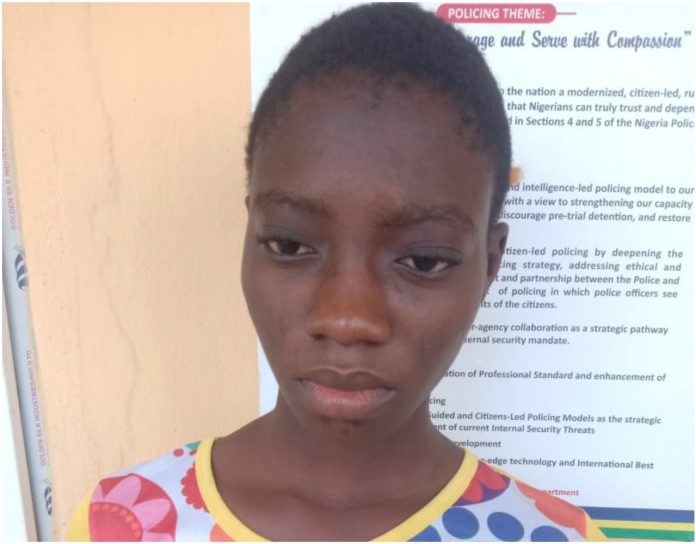 An 18-year-old female secondary school student at Owode Egba has stated the reason she decided to kill her guardian by poisoning her food.

Tope Fasanya has been living with Mrs Esther Bad when she lost her father in primary three, and Bada, her teacher, has been caring, according to the girl.

“When the pain was becoming so severe, she called the maid to come and eat the remaining food but she refused,” said  Oyeyemi.

According to Oyeyemi, “the suspect was subsequently arrested.

“On interrogation, she initially denied; and she was transferred to the homicide section of the state CIID,” where she was said to have  ”made a confessional statement that she actually added rat poison substance to the victim’s food.

“When asked why she decided to kill her benefactor, the suspect who described the victim as a very caring person, said that she only wanted to return to her mother and she can only do that if her guardian is no more, ” Oyeyemi said.

The Commissioner of Police in Ogun State, Lanre Bankole has directed that the suspect be arraigned in court as soon as investigation is concluded.