The Nigerian government has reacted to the news that Britain will Wednesday lift the ban placed on Nigeria and other countries, preventing them from operating flights to the UK due to the cases of the Omicron variant of Covid-19 virus in those countries. 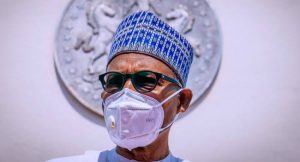 The Director of Public Affairs, Federal Ministry of Aviation, Dr. James Odaudu, noted this on Tuesday, describing it as a welcome development.

Odaudu, however, noted that the Nigerian government under President Muhammadu Buhari had yet to receive any official communication from Britain regarding the development.

“The news of the withdrawal of Nigeria from the red list is a welcome development.

“It is a relief to the aviation industry. However, we are yet to receive any official communication from Britain on the new development,” he said.

SaharaReporters had reported that the UK would on Wednesday remove Nigeria and 10 other countries, including South Africa from its red list over the outbreak and spread of Coronavirus’ new variant – Omicron.

The UK had on December 5 announced Nigeria among a red list of countries where travellers except Britons were not allowed to fly in from.

The decision to remove Nigeria and others from the red list was reached after the government agreed that Omicron was now a global issue.

Speaking at the UK parliament on Tuesday, Sajid Javid, UK health secretary, said the Omicron variant “has spread so widely across the world,” hence the travel red list is now “less effective”.

Britain had last week added Nigeria to the travel red list amid concerns over the Omicron variant.

A statement by the British Deputy High Commission Lagos, Catriona Laing had said the UK took the decision in order to protect the public health of its people while the government tried to understand the new variant.