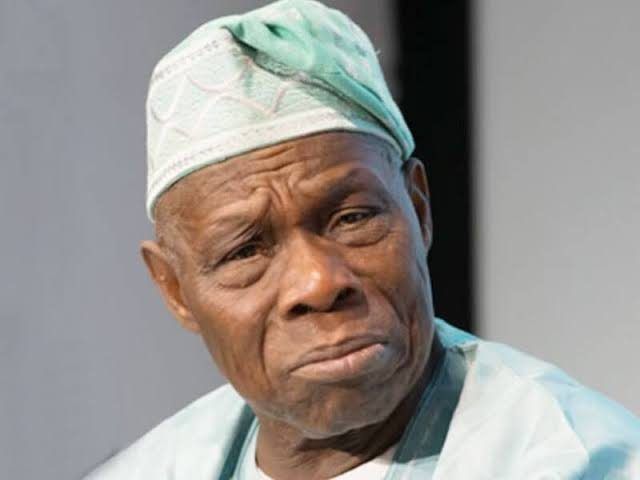 Buhari cannot do more than he’s done, Nigeria should be thinking beyond him – Obasanjo on insecurity

Nigeria’s former president, Chief Olusegun Obasanjo has said its unreasonable to expect President Muhammadu to do more than he has done to tackle growing insecurity in the country, as according to him, the president has already done his best.

Obasanjo spoke in Abuja Monday at a retreat on inclusive security organised by the Global Peace Foundation and Vision Africa, noted that Nigerians should be thinking about life after Buhari, as expecting anything more from him is like flogging a dead horse.

He noted that even having political will to fight insecurity, even it were available, would not have been enough, as political action was needed.

“The truth is that President Buhari has done his best; that is what he can do,” Obasanjo said. “If we are expecting anything more than what he has done or what he is doing, that means we’re whipping a dead horse and there is no need.

“Then, where do we go from here? We cannot fold our hands. I believe that is part of what we’re doing here and what we continue to be doing. How do we prepare for post-Buhari? Buhari has done his best. My prayer is that God will spare his life to see his term through.

“But what should we do to make post-Buhari better than what we have now? That is our responsibility now, because it concerns all of us.”

Obasanjo also said that military action alone would not effectively end the insurgency in the country, according to Daily Trust.

He said the stick-and-carrot approach should be used to tackle the security challenges.

The former leader also advocated state policing, saying “Security in Nigeria is local, it must be addressed locally. Legislation should be able to tackle that before the next election.”

“Parties are accusing one another of not doing enough to tackle insecurity. I think that’s the major problem we’ve been facing in the country…We believe we have a problem and the solution is close…Peace is very important. Without peace, you can’t even worship God. We find people killings themselves. We must go back to the holy books and work according to those books for lasting peace,” he said.

Also, the President, Christian Association of Nigeria, Samson Ayokunle, urged the elite to sustain pressure on the politicians to ensure that the successes recorded in the country’s effort to fight insecurity were not botched.

Ayokunle, represented by the Deputy President of Pentecostal Fellowship of Nigeria, Archbishop John Praise, said: “There has to be justice and fairness, if peace is going to reign in the country.”

For the spokesman of the Northern Elders’ Forum (NEF), Dr Hakeem Baba-Ahmed,

The citizens must consider merit and competence in choosing their leaders for Nigeria to make progress.

An elder statesman, Alhaji Tanko Yakasai, said, “We can sit here all day and talk to each other, but if we leave without following up our decisions with actions, we’ve wasted our time. Unfortunately, that’s what is happening in the country today.”