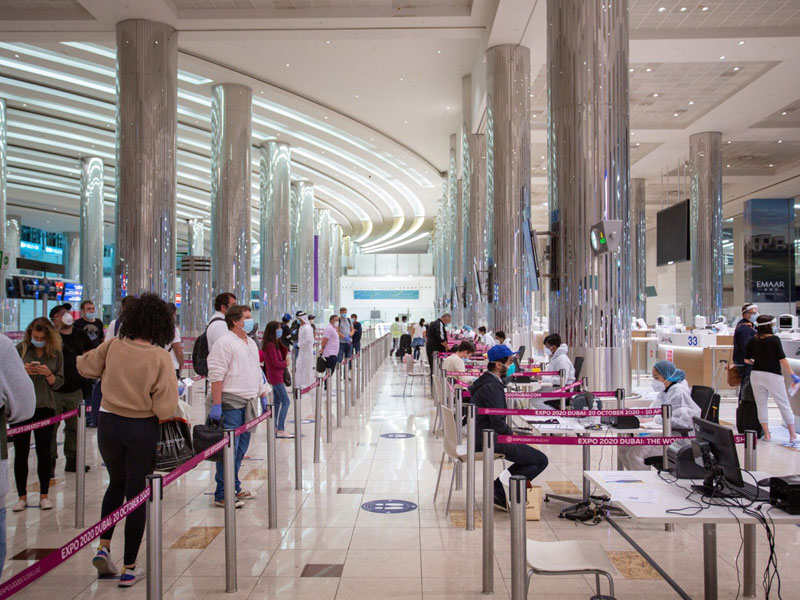 The United Arab Emirates (UAE) has reversed the ban earlier placed on foreign airlines from accepting passengers from Nigeria and Congo which took effect on Monday, December 13, Daily Sun has learned.

Although no foreign airline gave an official statement on the reason for the development or if initial directive came from the UAE government as a retaliatory measure against Nigeria for withdrawing the frequencies given to Emirates airline, an email seen by Daily Sun which emanated from Ethiopian Airline on Monday, December 13, with the subject: Dubai Travel Restriction Update and reference No. PSA12/068/2021, read: “Due to an increasing number of COVID positive passengers at destination, it is decided to suspend accepting passengers to UAE from Nigeria and Congo DRC only. This is effective December 13, 2021. Please ensure 100 per cent compliance.”

A reliable source within Ethiopian Airline confirmed to Daily Sun that passengers from Nigeria that had booked tickets to travel to Dubai on December 13 and had boarded the plane were offloaded. “The excuse from Dubai was that they had gotten 37 positive covid cases, so they had to take measures to restrict movement. But not long after the directive to bar passengers was issued, they reversed themselves and are now accepting passengers from Nigeria,” the source said.

There are reasons to believe that the diplomatic row between the government of Nigeria and the UAE over allocation of frequencies for Emirates airline and Nigeria’s Air Peace was responsible for the initial decision to bar passengers from Nigeria. For over eight months, the government of Nigeria and UAE have been engulfed in a tit-for-tat over Covid-19 regulations and most recently, the allocation of frequencies and slots to Emirates and Air Peace.

The UAE’s Minister of Economy, Abdulla Bin Touq Al Marri, who is also the head of the country’s GCAA, wrote a letter to Sirika, protesting the withdrawal of Emirate’s frequencies while insisting that Air Peace has been treated fairly.

But Sirika, in leaked audio, described the letter as ‘insulting’ and said that at the inception of this administration, the FG granted Emirates Airlines the approval for 21 flights weekly, 14 to Lagos and seven to Abuja but the UAE refused to grant Nigeria’s Air Peace three weekly frequencies to Sharjah, which the airline requested for, rather, it approved only one frequency weekly. He said the GCAA had attributed its refusal to grant three frequencies to Air Peace to inadequate slots in Sharjah airport. He said even though both countries are losing revenue as a result of the row, the Nigerian Government would continue to protect Nigerian businesses.

A few days ago, however, Emirates discontinued its operations in Nigeria indefinitely and currently, other foreign airlines have stopped accepting Nigerian passengers travelling to the UAE.

Reacting to the row, the President of the Aircraft Owner and Pilots Association of Nigeria, Alex Nwuba, said the Bilateral Aviation Safety Agreement (BASA) between Nigeria and the UAE has to be renegotiated to protect domestic airlines. Speaking on Arise TV on Monday, he said most often, BASA, which is an agreement that provides for civil aviation certifications to be shared between two countries, gives more advantage to other countries instead of giving equal advantage to the signatories.

“If you look at what economies operate, which is a balance of trade, we are at a disadvantage because Emirates can come 21 times, while Air Peace can only go there once. Twenty-one times a week times 365 days, means that Emirates carries about 450,000 passengers and at a typical fare, we are talking about half a billion-dollar trade to the UAE. But the UAE says Nigeria will only be granted one frequency. First of all, we have a flawed bilateral agreement which has led to the opportunity for a disadvantaged economy and so, we have to go back to the bargaining table and sort out the frequency and slots. Nigeria doesn’t operate a slot system like the UAE and the UK and this is where the imbalance occurs,” Nwubua said.