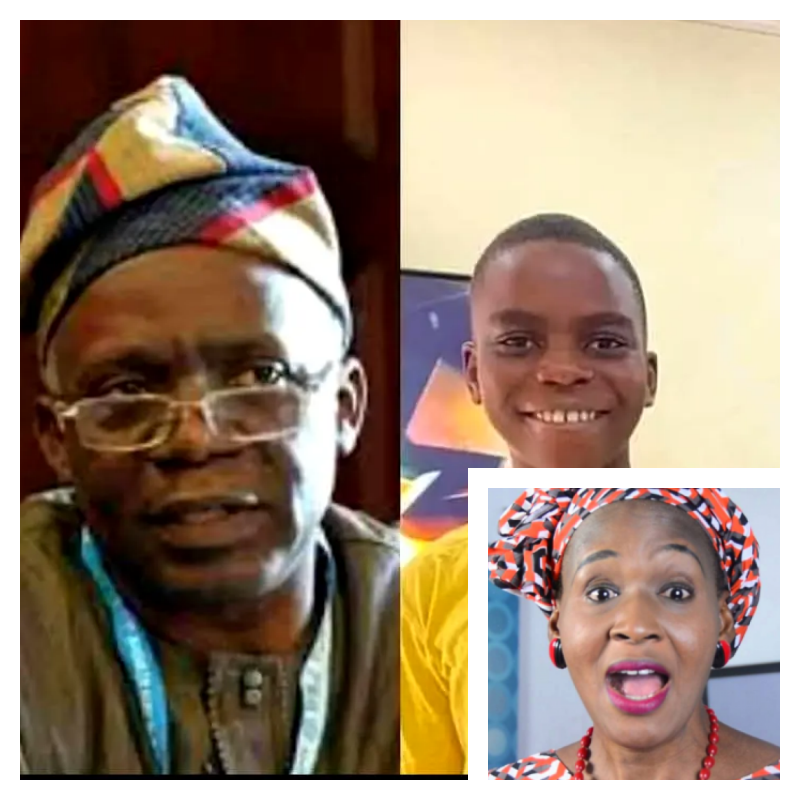 Popular Human Rights lawyer and Senior Advocate of Nigeria, SAN, Mr. Femi Falana, has filed a petition against Ms Kemi Olunloyo, over statements she made concerning the death of Sylvester Oromoni, a 12 year old boy who was reportedly beaten to death by some students at Dowen College, Lekki, Lagos.

Kanyi Daily News reported few days ago that Madam Kemi Olunloyo, during a Twitter Space she hosted claimed that Sylvester was willing to join the cult group and consented to be beaten. She also alleged that the poor boy agreed to drink engine oil which resulted in his death.

Ms. Kemi Olunloyo also claimed that Sylvester willingly told the guys initiating him that he has seen his sister’s privates. She also compared boarding school to Big Brother Naija.

ALSO READ: Video Of Dowen College Student Bleeding From Mouth Before He Died Of Alleged Torture By Colleagues

Femi Falana Chambers who is now representing the family sent a petition to the Nigerian police and other security agencies, calling for an investigation to be conducted regarding Olunloyo’s claim that their son was a cult member among others.

“Although the students and staff of the College suspected to have played a role in the brutal murder of Sylvester Oromini have made useful statements to the Police. One Ms Kemi Olunloyo has just introduced another twist to the incident,” Taiwo Olawanle of Falana & Falana’s Chambers said in a letter dated December 13, 2021.

It was titled, ‘Request For Investigation Of The Allegation Made By Ms Kemi Olunloyo On The Tragic Death Of Sylvester Oromoni At Dowen College, Lekki, Lagos.’

The letter further read, “According to a false statement credited to her, Ms Olunloyo claimed that ‘Sylvester Oromoni wanted to join the cult, he agreed to be beaten and drank Engine oil as part of the initiation process.’

“Ms Olunloyo recorded her false statement and has been circulating the same on social media in a wicked manner with the sole purpose of diverting attention from the ongoing investigation by the Police.

“Apart from attempting to destroy the name of Sylvester Oromoni, Ms Olunloyo has exacerbated the tragedy of his parents, family members and friends without any justification whatsoever.

“Even though the reckless statement is a figment of the imagination of Ms Olunloyo, we are of the strong view that she ought to assist the Police in the ongoing investigation into the cause of the death of Sylvester Oromoni.

“We are therefore compelled to request the Police to investigate the allegation of false information being circulated by Ms Olunloyo on the gruesome circumstances surrounding the death of Sylvester Oromoni.

“If she cannot substantiate her reckless allegation, Ms Olunloyo ought to be charged with false information in the Magistrate Court in Lagos State.”