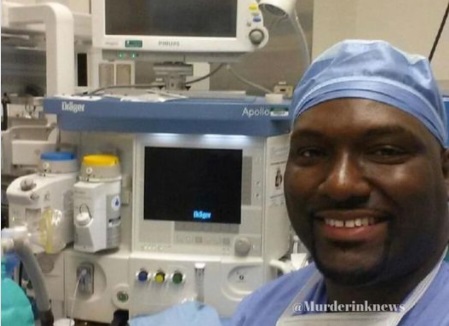 A man has reportedly taken committed suicide after killing his ex-girlfriend, ex-wife.

The man identified as Rajaee Shareef Black shot his ex-wife, Wendy Natalie Black after he had killed his ex-girlfriend.

The police stated that Black visited his ex-wife at her apartment in 7300 block of Eden Brook Drive, Columbia, Md attacked and shot her. He went on to kill himself after committing the murder.

When the police arrived at the scene they found the two unharmed children in Rajee’s car packed in front of the building. The children had not experienced the murder.

The police also revealed that before visiting his ex-wife Rajee reportedly murdered a woman at Baltimore who was his ex-girlfriend.

He said: “Anyway, I just did something crazy, man. I just shot my ex-girlfriend in the head.

“Felt like a dream. I never thought I would be that guy. I can’t go to prison, so the person that really started my depression and all of this is my ex-wife.

So, she next. Then I’m going to do myself too.

“I just want to say this to people. Don’t play with people mehn… don’t lie on issue’s mehn…”

In that moment, his ex-wife opens the door. “Oh, there’s my ex-wife right now,”

She said: “What we now believe is that was a domestic-related murder-suicide. We believe the suspect, who is male, came to the area, sought out the female victim, shot and killed her and then shot and killed himself.”