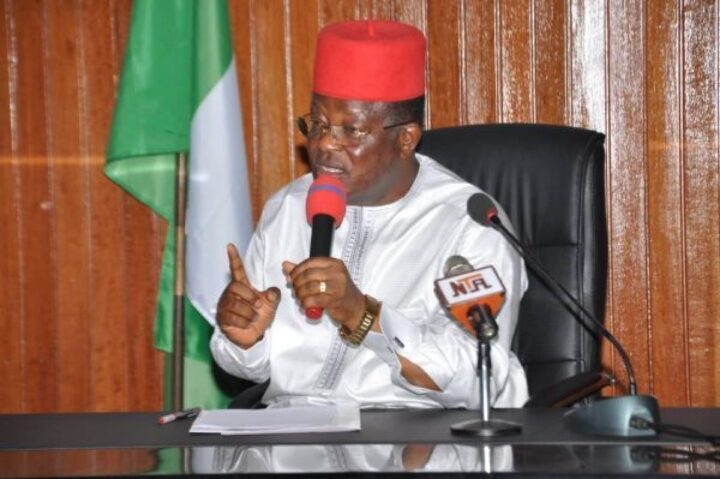 Umahi: PDP is like Egypt… nothing can make me go back there

David Umahi, governor of Ebonyi state, says he has no plan to return to the Peoples Democratic Party (PDP).

The governor spoke on Sunday at the 2021 thanksgiving service of Government House Chapel in Abakaliki on Sunday.

Umahi decamped from PDP to the All Progressives Congress (APC) in November 2020 over what he called “injustice” done to the south-east by the opposition party.

However, reports have begun making the rounds recently about the potential return of the governor to PDP.

Speaking at the thanksgiving service, Umahi refuted the claims, saying he wouldn’t leave APC because of his “enormous achievements” since joining the party.

He described PDP as “Egypt,” adding that nothing can take him back to the party.

“With all these enormous achievements I have made under the All Progressive Congress (APC), what will make me to go back to Egypt, called PDP?” the governor said.

“For that, I pray that God will never forgive the person who initiated the fake news that I have plans to go back to PDP,” he stated.

“It’s good to be grateful to God for His blessings to us as state and the country at large. As state, we have come first in several ways, and we give Him the praises.

“Learn how to give a good gift to God, and it’s by thanksgiving that we can be blessed.”